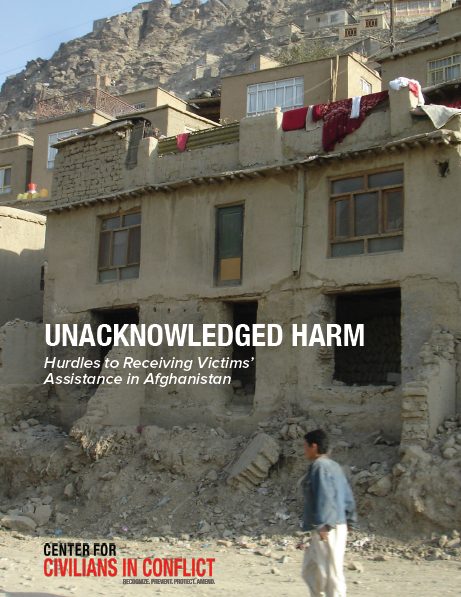 Violence in Afghanistan has taken the lives of thousands of civilians and left families grieving across the country. As intra-Afghan talks between the Taliban and the government are ongoing, violence continues unabated, with over 5,900 dead or injured in the first nine months of 2020.  The losses suffered by Afghans are immeasurable, psychologically traumatic, and emotionally painful.

The Afghan government has enacted victims’ assistance programs since 2004, which provide some financial assistance for deaths and injuries, irrespective of who caused them. Complementing the Afghan payment programs are two United States government programs – a USAID-funded project, known as Conflict Mitigation Assistance for Civilians (COMAC) and a US military ex-gratia payment program. NATO forces in Afghanistan adopted a similar ex-gratia program in 2010. While laudable, these programs are plagued by challenges that hinder the delivery of assistance to conflict victims.

“Unacknowledged Harm: Hurdles to Receiving Victims’ Assistance in Afghanistan” evaluates the various victims’ assistance mechanisms from a civilian applicant’s perspective to understand the challenges they face in accessing these programs. The policy brief also looks at the progress made since the 2013 Center for Civilians in Conflict’s (CIVIC) report “Caring for their Own: A Stronger Afghan Response to Civilian Harm”. It assesses the implementation of recommendations to the Afghan government such as creating an Afghan Civilian Casualty Mitigation Team (CCMT), which would track and analyze civilian harm and verify claims for assistance; streamlining the application process and removing bureaucratic obstacles; making the payment programs more accessible for women; and enacting public awareness programs.

Read the brief in Dari.

Read the brief in Pashto. 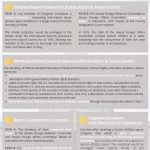 How U.S. Congress Can Use Section 502B 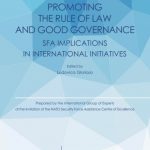