11 February 2020 – Center for Civilians in Conflict (CIVIC) strongly condemns the targeted massacre of at least 30 civilians in the northeast Borno state region of Nigeria by an armed opposition group, and calls on the Government of Nigeria to increase protection for those residing outside of designated “super camps.”

This past Sunday, at least 30 civilians were killed and more abducted in a violent attack targeting travelers stopped in Auno town along a key highway leading to Borno’s capital, Maiduguri. The militant group torched vehicles containing sleeping passengers, in an egregious illustration of violence against civilians. This significant loss of civilian life is just the latest example of harm perpetrated against civilians as they continue to bear the brunt of the now decade-long conflict in northeast Nigeria, which has claimed over 40,000 lives across the Lake Chad Basin.

Northeast Nigeria has seen an increase in violent attacks in the last year, particularly since the Nigerian government introduced a new military strategy condensing soldiers into “super camps.” These camps are designed to provide government forces with a secure base from which they can respond to regional threats and better protect civilians in garrison towns. Nevertheless, this strategy seems to have left large areas unprotected and civilians vulnerable to attack.

“The killing of innocent civilians in such a gruesome and arbitrary manner is outright appalling. It is the responsibility of all armed groups to do everything in their power to prevent civilian harm, yet this incident shows clear intent to commit harm and demonstrates a complete lack of regard for human life,” says CIVIC Executive Director, Federico Borello. “The Government of Nigeria has a responsibility to its citizens – a responsibility to protect them. Civilians have been caught in the middle of this conflict for over ten years, and have suffered immensely. The highway towards Maiduguri has increasingly been the location of attacks in recent months and must be better protected to avoid another tragedy like what took place this weekend. This is particularly important when travelers must congregate in fixed vulnerable locations due to travel restrictions.”

CIVIC calls on all parties to the conflict in Nigeria to refrain from the intentional targeting of civilians and take all actions necessary to prevent and mitigate civilian harm. 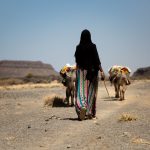 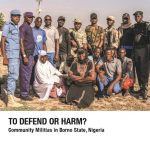