“Too little attention is being paid to stop the violence and end the suffering of Afghan civilians,” Sahr Muhammedally, Director of MENA & South Asia, said. “All parties to the conflict must protect civilians, civilian property, and medical facilities.”

While US and Taliban peace talks were ongoing (as of September they were suspended), fighting continued with devastating consequences for civilians. Tactics such as suicide attacks, air strikes, and search operations conducted in rural and urban areas are killing and maiming women, men, and children who had no part in the fighting. Civilian infrastructure such as homes, mosques, schools, and health care facilities are being hit as well.

The United Nations Mission in Afghanistan (UNAMA), which has been recording casualties since 2009, attributed 37 percent of all casualties to Afghan and international forces and 52 percent to armed opposition groups in just the first half of 2019.

A joint declaration by the Taliban, Afghan civil society, and some government representatives at the Intra-Afghan Dialogue in Doha in July 2019 committed all parties to the conflict to respect and protect people and their property and to minimize civilian casualties to zero. But the violence has intensified since then.

In August, the Islamic State attacked a wedding party killing 92 and injuring 142. On September 17 a Taliban suicide attack on a campaign rally in Parwan, north of Kabul, killed at least 26 civilians and injured more than 42. The Taliban claimed responsibility for the attack, wrongly calling the campaign rally a “military target.” On September 19, the Taliban claimed responsibility for a suicide car bomb at an Afghan intelligence facility in Qalat City, Zabul, which caused severe structural damage to a hospital 20 meters away and private residences, killing 22, and wounding 90.

Afghan and international forces have also intensified air strikes and search operations, which have resulted in a spike in civilian casualties. In August, an Afghan National Directorate of Security (NDS) raid reportedly killed 11 civilians in Paktika Province. In September, an NDS raid in Jalalabad, Nangarhar Province resulted in the deaths of four civilians, prompting the head of the NDS to resign. On September 19, a US drone strike targeting the Islamic State in Nangarhar province reportedly killed civilians and is under investigation by US forces.

“The current intensity in fighting to advance military goals, resulting in civilian harm cannot go on. All sides must review their military tactics and make determined efforts to reduce, investigate, and acknowledge civilian harm,” Muhammedally said. 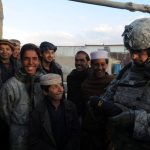 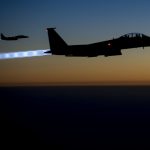 CIVIC Statement on US Airstrike Kunduz 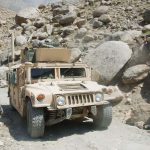