In 2008, the NATO International Security Assistance Force (ISAF) in Afghanistan established the Civilian Casualty Tracking Cell (CCTC) to collect data on civilian casualties. Civilian casualty tracking is part of an emerging best practice of collecting and analyzing data on civilian harm, to help warring parties respond to and learn tactical lessons from that harm. ISAF’s CCTC was the first large-scale effort of its kind undertaken by a warring party.

The study is based on interviews with ISAF, NATO, and U.S. military personnel, as well as civilian analysts and representatives of international organizations and non-governmental organizations.

“The intent of the CCTC was two-fold: to be first with the truth, noting that being first with the truth didn’t necessarily mean reporting first; and… not to let ISAF become totally reactionary. We didn’t always want to end up responding, and at that point we were. We were left behind.” —ISAF Commander General David McKiernan (2008-2009).

“While every [geographic] area may only have one or two civilian casualty incidents of a certain type, it’s only when data was aggregated across the whole country that you [could] make a point to the commanders that the [tactic in question] is an issue.” —Former senior ISAF leadership (name withheld).

“Down the chain of command, it’s not the troops sustaining fire don’t understand the importance of avoiding civilians, but that the concept of jotting information down may not be their highest priority.” —Colonel Mark Gray, MBE Royal Marines, former ISAF Chief of Current Operations.

“In the end, we have to understand we’re never going to get to the same number [referring to different UNAMA and ISAF casualty numbers]… What’s important is how and why civilians are being killed an injured so we can ensure that civilian protection is being improved. That’s where we— both ISAF and the groups working with ISAF— were moving. It just takes time.” —Marc Garlasco, former Head of UNAMA Protection of Civilians Unit.

“[Tracking civilian harm] should be started right rather than need to evolve… It’s too important to depend on an evolutionary process. Accounting for [civilian casualty] mitigation needs to happen from the beginning, before deployment, right from the day we join the military.” —Former ISAF commander (name withheld). 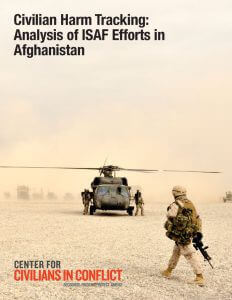 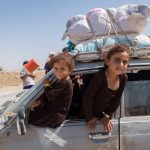 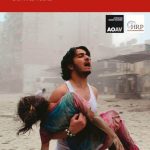