The horror of the Syrian conflict is reflected in the accounts we heard from its people. Their harrowing stories of death, injuries, displacement, and destruction of property not only detail mass atrocities, but also fragmentation of Syria’s social fabric jeopardizing future generations. The consequences of the conflict—both short and long term—are devastating for Syrians trying to cope with loss of breadwinners, their homes, loss of livelihood, and disruption of access to education and healthcare. Now, Syrians have to radically change their assumptions about how they will live and provide for themselves and their families. 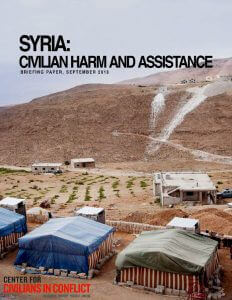 They are and will be in desperate need of assistance to live their lives with dignity. Given the persisting conflict, with no end in sight, it is challenging to plan for assisting civilians who’ve been harmed. But it’s incumbent upon the international community to plan for both short and long-term help as Syria’s future very much depends on the strength of its people.

We realize that discussing what assistance Syrians need for harm at this time seems like putting the cart before the horse.  The Syrian conflict is in a stalemate. Neither side is in a position for a decisive victory. Still, planning to assist Syrians needs to be considered now in order for it to be effective when the Syrian people are in a position to begin rebuilding their lives. This brief is intended to get policymakers, donor governments, and equipped civil society to begin thinking through what they can do to help individual Syrians and their families post-harm. We also realize that post-harm does not necessarily mean post-conflict, as we expect, sadly, that this conflict will continue for some time to come. There remains, however, an imperative to help civilians suffering losses even in the midst of ongoing hostilities.

In August 2013, Syrian civil society released the “Syrian Transition Roadmap”—endorsed by some members of the Syrian opposition— with plans for constitutional, judicial, political, security sector reforms, and transitional justice goals.  We hope this brief contributes to those plans by specifically recommending how to assist Syrians rebuild their war-torn lives and communities. 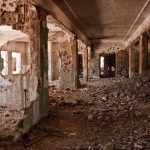 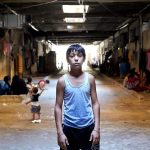