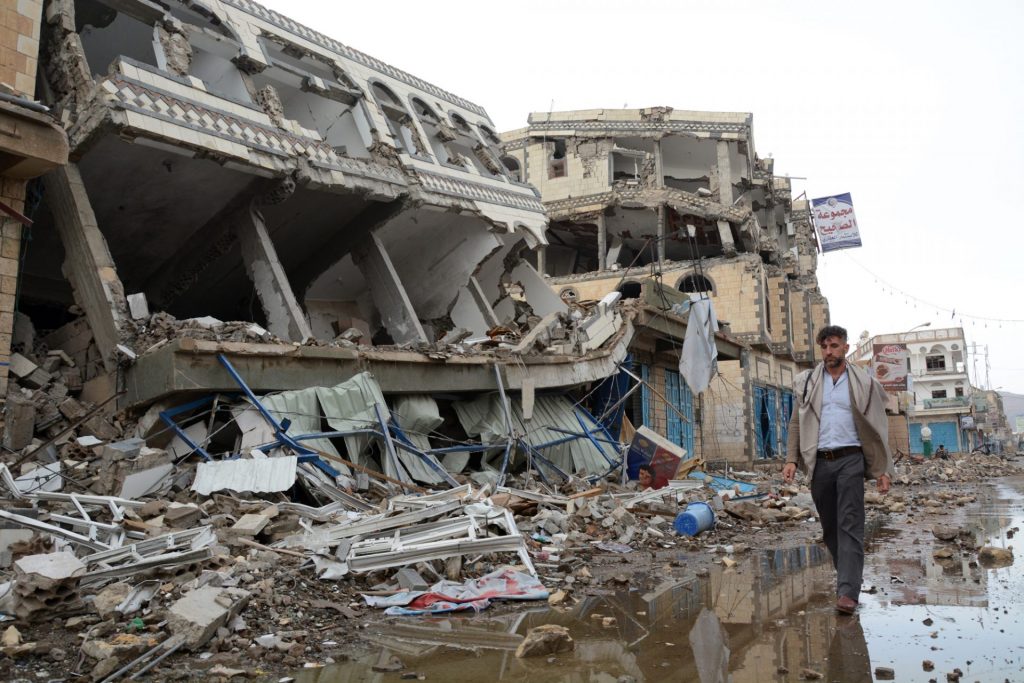 ADEN, Yemen and THE HAGUE, NL, March 14, 2022 – Millions of Yemenis continue to live in a conflict zone while the path to peace remains paved with many obstacles. As the all-out war in Yemen marks its 7th anniversary this month, Center for Civilians in Conflict (CIVIC) calls on the warring parties and their supporters to participate in meaningful resolution to the conflict.

With most of the focus being on the humanitarian crisis in Yemen, the drivers of conflict have been overlooked, leaving people grappling with both hunger and insecurity. Most notable of all is the intense escalation of conflict in Marib in 2021, which affected internally displaced persons who have been displaced multiple times.

“Addressing humanitarian needs in Yemen is, of course, a much-needed intervention but conflict drivers and bringing peace continue to remain the toughest and most elusive part, leading to further exacerbation in the humanitarian situation,” says Dina El-Mamoun, CIVIC’s Country Director in Yemen. “Humanitarian needs will continue to grow significantly in Yemen as long as everyone, including the donor and international community, doesn’t tackle the root causes of the war.”

On March 16, a high-level pledging conference for Yemen organized by the Office for the Coordination of Humanitarian Affairs (OCHA) in partnership with the Governments of Sweden and Switzerland will bring together members of the international community to offer support to the humanitarian response. Two-thirds of Yemen’s population - 21 million – are currently in need of humanitarian assistance.

“One woman in Marib who has been displaced repeatedly since the start of the conflict told me that she can no longer face being displaced again and if the recent escalation in Marib continues, she, together with the rest of her family, will stay and face their fate, even if it is death,” El-Mamoun says.

Since February 2021, Marib governorate has been the site of heavy fighting between Yemeni government forces and the Houthi armed group. In this area, civilians have paid a heavy price. Many have been killed and injured from airstrikes, missiles, landmines, and improvised explosive devices.

All parties to the conflict should avoid using explosive weapons with wide-area effects in populated areas and adhere to international humanitarian law, which prohibits indiscriminate attacks and requires that all feasible precautions be taken to minimize civilian harm.

Center for Civilians in Conflict (CIVIC) has been in Yemen since 2018. Through its programs and advocacy efforts, CIVIC has engaged with various key actors, including security forces and local communities, to prevent and reduce civilian harm.

For more information or to arrange an interview, please contact:

More than 70 people, including women and children, killed overnight in Yemen