Coalition forces are not doing enough to prevent abuses by Afghan forces and have been too slow to address the issue as they prepare to hand over responsibility for security, Oxfam and other agencies said today.

A new report No Time to Lose released today warns that unless better checks and balances are put in place and training urgently stepped up, there is a serious risk that abuses and violations by Afghan forces will escalate as they play an increasingly frontline role. It says the international community, which funds, arms, and supports these forces, has a clear obligation to ensure this does not happen.

The report details a number of abuses that Afghan forces are alleged to have carried out with impunity including torture, killings, recruitment, and sexual abuse of children. It says that, although some checks and balances have been put in place, they are not functioning effectively and this needs to be tackled before hand over completes. For example, in one case of a girl killed by a soldier, security forces helped the perpetrator to flee the area; and in another incident, women were lashed in public by local elders as members of the police stood by “laughing and clapping.”

The agencies also say that Afghan forces are ill-equipped to properly respond to civilian casualties when they occur as the result of accidents or mistakes, or when civilians get caught in the crossfire. Afghan forces have little investigatory capacities, no civilian casualty data tracking system, and no compensation capabilities to make amends for harm they have inadvertently caused.

“The Afghan people have high hopes for their security forces. They need to know these forces will protect them and be brought to justice if they commit abuses – or public trust and confidence in the government could be seriously undermined,” said Oxfam report author Rebecca Barber.

“Billions have been spent in Afghanistan and thousands of lives have been lost. The sacrifices on all sides should not be in vain. A trained army and police forces that are accountable to their own people is key to the legacy the international community will leave behind and crucial for establishing lasting security in Afghanistan. There is no time to lose.”

The report says that there are no effective systems for civilians to lodge a complaint against the national security forces. In principle, the Afghan Independent Human Rights Commission (AIHRC) receives and investigate complaints from the public, but many people are too scared of reprisals to complain, and the institution is hampered by a serious lack of resources. It has yet to receive any funding from the government and for several months in 2010 was unable to pay any of its staff.

The military justice system functions reasonably well when dealing with lower ranking officers but mainly deals with traffic offenses. In practice, it often does not apply to senior officers or those with political connections. One International Security Assistance Force (ISAF) official described it as a “system that the strong men at the top can turn on and off.”

The report says that there are an estimated 40,000 police who have had no training at all and criticizes NATO countries for prioritizing quantity over quality. The international effort to build up the professionalism of the security forces only got underway in 2009 and has continued to focus on rapid scale-up of numbers. Many people with dubious human rights records have entered the Afghan security forces, and what training there is for police has shrunk from eight to six weeks, and is focused on firearms training, rather than civilian policing and law.

The agencies express particular concerns about the Afghan Local Police (ALP) initiative, which involves supporting local militia groups to fight the insurgency. There are reports that ALP members have been involved in kidnapping, beatings, and other criminal acts. The shuras – or local councils of elders – are meant to keep the ALP in line and hear complaints, but it is not clear that they always have the power or legitimacy to do so.

The report calls on the international community to support the Afghan government to improve the training, vetting, and monitoring of the security forces by:

In addition, the agencies are calling for more women to be recruited into the security forces. There are just 1,000 women in the security forces – less than half a percent of the total – but many women will only report crimes to other women, and custom dictates that women should only be searched by other women.

“In recent years, international forces have implemented a number of systems to mitigate civilian harm and suffering. They now have a duty to ensure the Afghan army and police are well-equipped to do the same. Afghan forces must not only prevent abuse and ensure accountability and remedies for victims of violations, but also ensure that civilians are not put in harm’s way as they conduct their operations. Where civilians are inadvertently harmed, Afghan forces must recognize those losses and make amends,” said Sarah Holewinski of Campaign for Innocent Victims in Conflict (CIVIC).

No Time to Lose is authored by Oxfam but jointly released by Oxfam, CIVIC, Peace Training and Research Organization (PTRO) and Human Rights, Research and Advocacy Consortium (HRRAC). 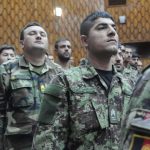 No Time to Lose: Promoting the Accountability of the Afghan National Security Forces 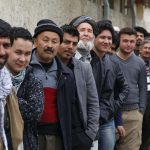