May 25, 2017
WASHINGTON (May 25, 2017) — In response to the release of the summarized findings of the US investigation into the March 17, 2017, air strike in Mosul that left up to 200 civilians dead, Center for Civilians in Conflict (CIVIC) Executive Director Federico Borello issued the following statement:

“While CIVIC welcomes the timeliness and public release of the summary, we need to know what actions will be taken to prevent such cases of civilian harm from occurring in the future, and what will be done to make amends to the affected families.

“The report states that the Target Engagement Authority (TEA) didn’t know that ISIS had booby-trapped the building or that many civilians had taken shelter there. But most civilians did not leave western Mosul, and ISIS tactics of booby-trapping buildings and using civilians as human shields is well-known.

“Not knowing about a specific booby-trap is understandable—assuming the absence of civilians is not. In Afghanistan, the US military learned the hard way and adopted a default assumption that civilians could be present at all targets. Iraqi and coalition forces should have done the same and taken the necessary precautions, including considering alternatives tactics to engage ISIS.

“The brutality of ISIS does not absolve the US and its allies of responsibility to protect civilians from harm; indeed, the coalition’s duty to harm as few civilians as possible is even greater because of it. That means US tactics must change.

“That’s why CIVIC has repeatedly cautioned against over-reliance on air power by the US-led coalition in the fight against ISIS in densely populated areas, as well as for better training of Iraqi forces on the use of force to protect civilians. There is obviously a lot of work that remains to be done.

“We also call for Iraq and the United States to fully acknowledge the harm this incident has done to the families of the victims, and to make amends to both dignify the victims and assuage anger and resentment amongst the population.

“The bottom line is that ISIS wants mass casualty events. The US and Iraqis should have known better and not given it to them.”

The US has often publicly said it cares about civilians’ well-being, but actions must back up the rhetoric. The US should commit to making the protection of civilians a strategic priority for counter-ISIS operations.

To demonstrate that commitment, CIVIC recommends:

For more information, contact Christopher Allbritton at +1 (917) 310-4785 or  chris@civiliansinconflict.org. 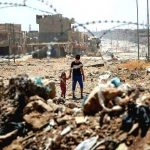 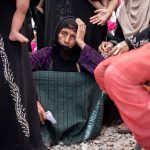