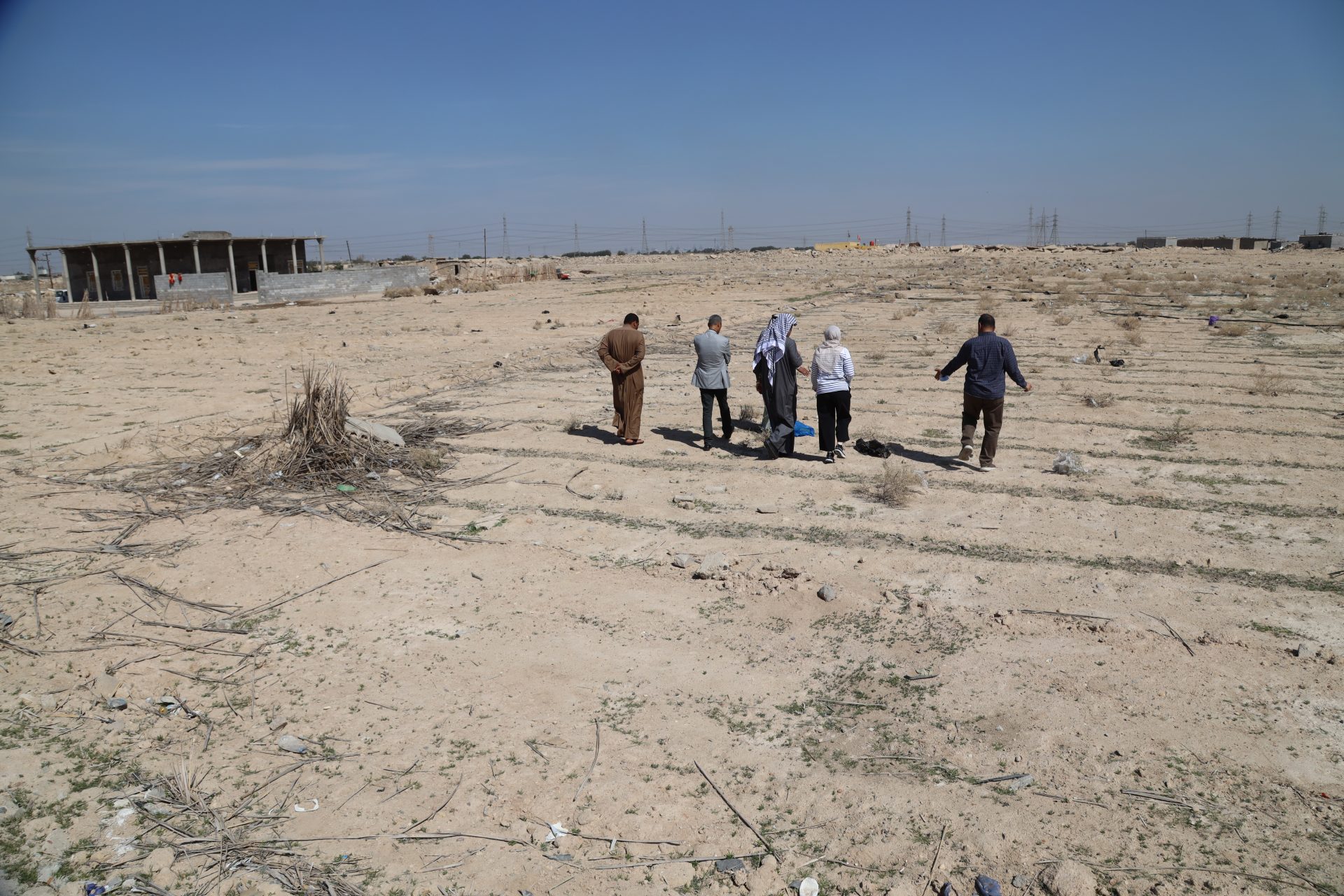 A woman and a group of men walking through an abandoned tomato field, Basra Governorate. Credit: CIVIC/Mostafa Altawre

Erbil. July 6, 2022 – Climate change threatens the stability of Iraq and could lead to the outbreak of new conflicts in the country, according to a new report by Center for Civilians in Conflict (CIVIC).

“Through this research, it is more apparent than ever that in order to ensure stability and prevent the outbreak of future conflicts, the Iraqi government, security actors, and international partners must factor the threat multiplier of climate change into policy and practice,” notes Jordan Lesser-Roy, CIVIC’s Researcher and author of the report ‘If I Leave… I Cannot Breathe’: Climate Change and Civilian Protection in Iraq.

During this research, CIVIC focused primarily on the lived experiences of communities in Basra and Nineveh governorates, which rely heavily on pastoral and agricultural activities. Both governorates are also dependent on river water from the Euphrates and Tigris as well as rainwater to sustain their livelihood activities and for their basic necessities such as electricity. Water has become a scarce and disputed resource in Iraq as a result of climate change and environmental degradation.

CIVIC found that climate change, combined with environmental degradation due to human behavior, is directly influencing critical issues such as resource scarcity, pollution, loss of livelihoods, and domestic migration. If left unaddressed, these critical issues will have a dramatic impact on the stability and security of the country as well as the future of young generations. The author notes that some farmer families have married off their underage daughters to lessen financial burden, some have withdrawn their children from school to send them to work, while some youths have found economic opportunities in the drug trade and informal security groups. A farmer from the Ba’aj area of Nineveh interviewed by CIVIC estimated that half of the young people in his area are now working in the drug trade or using drugs and alcohol.

Besides, six armed conflicts fought on Iraqi soil over the last 5 decades have left severe environmental scars and damages with the destruction of agricultural and pastoral lands, deforestation, and the contamination of soil and water by chemicals released by explosive weapons. The significant presence of unexploded ordinances (UXOs) and other remnants of war littering the Iraqi countryside and urban centers has tainted prime arable land throughout the country, forcing some farmers to abandon their lands, to adopt harmful coping strategies or to migrate to urban centers. The Iraqi government and international NGOs have made some progress in demining in populated areas, but they remain insufficient. In rural or “less visible” areas, ordinance removal is slow and ad-hoc, notes the report.

“Mistrust toward the authorities has always been exploited by extremist groups and political actors in Iraq as well as international forces seeking to gain control within the country,” warns Lesser-Roy. “There is still the danger of seeing history repeating itself if no action is taken to bring authorities and civilians together.”

In seeking to address potential conflicts that may arise due to climate change and environmental degradation in Iraq, CIVIC has formulated five general recommendations. Among them, CIVIC is calling on the Government of Iraq to continue its negotiations with Iran and Turkey to ensure continued river flows from the Euphrates and Tigris Rivers to preempt the outbreak of international conflicts over resources. The organization is also recommending providing local governments and community leaders with education and resources about the perils of climate change. It is also urging the Government of Iraq, as well as international partners, to accelerate demining and expand its decontamination efforts to rural and ‘less visible’ areas.

In Iraq, CIVIC focuses its work on four areas: advocacy, community-based protection, trainings, and research. We collaborate with civilian leaders, security actors, and government ministries to improve protection outcomes and enhance trust between civilians and security actors throughout the country.

·       In 2019, the UN found that Iraq is the fifth most vulnerable country in the world to climate change.

·       It is estimated that by 2050, temperatures will rise by 2 degrees Celsius and rainfalls will decrease by 9% in Iraq.

·      The Tigris and Euphrates account for 98% of the Iraqi water supply used for drinking, sanitation, and irrigation

·       Iraqis are increasingly citing feelings of diminished personal security, with one activist telling CIVIC that she “car[ries] around a personal pistol for [her] security; each year the security situation is growing worse.”

·       It is estimated that there are over one million unregistered weapons in Iraq due, in part, to the arming of civilians by non-state armed groups and the rapid expansion of the drug trade in insecure areas.

·       Military tactics such as “scorched earth” have led to mass deforestation in Iraq and created prime training and hiding locations for extremist actors.

·       In 2021, Iraq has ratified the Paris Agreement and instigated a National Adaptation Plan with the UN Environment Program to enhance resiliency to climate change. 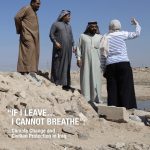