Washington, DC—To ensure UN peacekeepers deploying to Mali effectively carry out their protection of civilians mandate, the UN Department for Peacekeeping Operations (DPKO) should establish a cell within their force structure to track, analyze, and when necessary respond to the impact of their operations on civilians, according to Center for Civilians in Conflict.

A new article by the CIVIC’s Director of Military Engagement, Marla B. Keenan, in Stability: International Journal of Security and Development examines the emerging best practice of civilian harm tracking, using case studies in Iraq, Afghanistan, and Somalia. The article, titled “Operationalizing Civilian Protection in Mali: The Case for a Civilian Casualty Tracking Analysis, and Response Cell (CCTARC)” argues that a CCTARC is “mission critical” for the Multidimensional Integrated Stabilization Mission in Mali (MINUSMA), whose 11,200 military personnel and 1,440 police personnel are due to deploy across Mali on July 1, 2013.

“It’s clear from military operations in places like Afghanistan and Somalia that failing to adequately track and respond to harm to civilian life and property can undermine mission progress–both in military and political terms,” said Keenan. “DPKO should remember the lessons learned from other recent conflicts. Setting up a system now for MINUSMA to track, analyze, and respond to incidents of civilian harm will help ensure they have the tools and information they need to successfully carry out their protection mandate.”

Center for Civilians in Conflict notes that tracking and analyzing incidents (and allegations) of civilian harm will be critical to the success of MINUSMA.

For example, UN peacekeepers will likely find themselves carrying out offensive operations to hold and stabilize territory while simultaneously defending themselves and Malian civilians from attack from other armed groups. In this process they may, in fact, cause harm to Malian citizens, their property, and livelihoods. Commanders must be fully aware of all allegations of civilian harm and other protection concerns. They can also ensure proper response to civilian harm when it does happen, which has the added benefit of protecting the mission from false allegations and propaganda. The cell’s work can reinforce the mission’s legitimacy among Malian civilians and wider audiences within the international community, helping to maintain crucial support for the mission.“Effective civilian harm tracking, analysis, and response cells can save lives, helping commanders to know when to adjust training and tactics to better protect civilians.” said Keenan. “By establishing a tracking cell before MINUSMA deploys in July, the UN will demonstrate a clear commitment to protecting Malian civilians.”###Notes to the editor:
Contact

Civilians in Dire Need of Protection in North of Mali 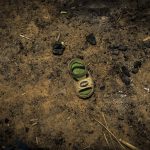