WASHINGTON, DC (October 30, 2018) — Former United Nations High Commissioner for Human Rights and veteran diplomat Zeid bin Ra’ad Al Hussein has joined the Board of Directors of the Center for Civilians in Conflict (CIVIC). Among his myriad professional accomplishments, Zeid played a central role in the establishment of the International Criminal Court (ICC), where he chaired the complex negotiations regarding the elements of individual offences amounting to genocide, crimes against humanity, and war crimes.

“We welcome Zeid bin Ra’ad Al Hussein to our Board,” said CIVIC’s Executive Director Federico Borello. “As High Commissioner and throughout his career, Zeid has shown uncompromising integrity and a willingness to stand up for the most oppressed people on earth. We are honored that he chose CIVIC to continue his lifelong commitment on their behalf. Together, we will amplify the voices of civilians in conflict and affect lasting change.”

“Throughout his career as a diplomat and as a statesman, Zeid has been an outspoken and effective proponent of human rights for all,” added CIVIC Board member Aryeh Neier. “As UN High Commissioner for Human Rights during a dark period for the human rights cause, Zeid made the United Nations a more important voice for rights than at any other point in the seven decades since its founding.”

“I am delighted to be joining the Board of this important organization,” said Zeid, “It comprises many friends and former colleagues, all of whom I very much admire.”

Zeid was the sixth High Commissioner to lead the Office of the High Commissioner for Human Rights (OHCHR). He was awarded the Stockholm prize for human rights in 2015 and the Tulip prize in 2018. In 2002, Zeid was elected the first president of the governing body of the ICC and has chaired some of the most complex legal negotiations associated with the court’s statute. In January 2014, he served as president of the UN Security Council. He also led the UN’s efforts to eliminate sexual exploitation and abuse in UN peacekeeping. He twice served as Jordan’s ambassador to the United Nations and once as Jordan’s ambassador to the United States. He also represented Jordan twice before the International Court of Justice. From 1994 through 1996, Zeid was a UN civilian peacekeeper with the United Nations Protection Force (UNPROFOR). He earned degrees from Johns Hopkins and Cambridge universities and is an Honorary Fellow of Christ’s College, Cambridge University.

Center for Civilians in Conflict (CIVIC) is an international nonprofit with offices around the world working to improve protection for civilians caught in conflict. CIVIC’s mission is to work with armed actors and civilians in conflict to develop and implement solutions to prevent, mitigate, and respond to civilian harm. CIVIC was established in 2003 by Marla Ruzicka, a young American activist and humanitarian who saw first-hand the impacts of conflict on civilian casualties and their surviving family members. In April 2005, Marla was tragically killed by a suicide bomber in Baghdad. She died advocating for civilian war victims and their families. Since then, CIVIC has continued her extraordinary legacy and expanded its presence around the world. Visit civiliansinconflict.org for more. 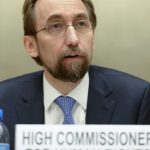 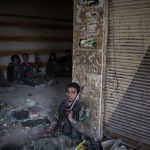 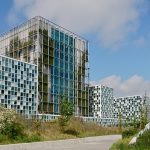