In response to today’s story in The New York Times on civilian casualties in Iraq, Executive Director Federico Borello issued the following statement:

“Today’s New York Times report on civilian casualties in Iraq is extremely disturbing. With 20 percent of all air strikes resulting in civilian deaths but no deep on-the-ground investigations, no one knows what the actual human toll might be. It’s concerning that the US military’s logs are in such poor shape that they have no good way to understand the true impact of their operations on the civilian population. And it’s literally adding insult to injury that existing amends programs and funds are not being used to acknowledge and dignify victims’ loss. You can’t claim to be conducting the most precise air campaign in history and taking great care to avoid civilian casualties when you lack the data to back that up.

“So now is the time for the US military to acknowledge a simple reality: it is killing too many civilians and it needs to ask itself the hard question of why that is so. And what it’s going to do about it.

“The Time’s in-depth reporting should be a wake-up call for the commanders of Operation Inherent Resolve. Hopefully, they will take this opportunity to use their authority and discretion to prioritize on-the-ground investigations of allegations of civilian harm, identify the problems and mistakes that led to the harm, and then fix them.

“This is not a partisan issue. We are as dismayed that the incidents reported by the Times happened on President Obama’s watch as much as we’re alarmed by the increase in the number and frequency of airstrikes under President Trump. We at CIVIC have worked with the US military and its partners in Iraq and Afghanistan for almost 15 years to better protect civilians and track civilian harm, and we will continue to do so. But if the US is really serious about decreasing the number of civilian casualties, it should show the sincerity of its words through actions to reduce them and make amends for civilian harm.” 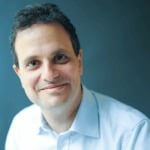 Executive Director Federico Borello is available for TV and Radio appearances on Sunday 11/19 to discuss the story and what the US military needs to do to better protect civilians and make amends for harm done. 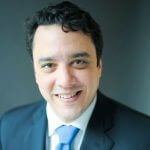 US Program Director Daniel R Mahanty is available to discuss guidance on the US use of force in both declared areas of hostilities and non-declared areas.

Senior Director of Policy & Advocacy Marla Keenan is available to discuss the story and what the US military needs to do to better protect civilians and make amends for harm done.

CIVIC STATEMENT: The United States Should Release Records on Civilian Casualties Under FOIA and In Furtherance of Transparency and Dignity 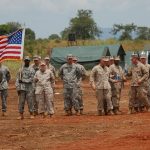 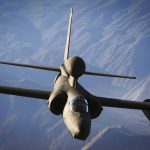 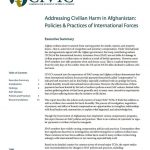 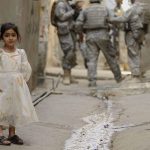