January 27, 2022 – On Thursday, U.S. Secretary of Defense Lloyd J. Austin III issued a directive to senior civilian and military officials on strengthening U.S. military efforts to prevent and respond to civilian harm. The directive orders the development of a Civilian Harm Mitigation and Response Action Plan, the creation of a military “center of excellence” on the protection of civilians, and the completion of the long-awaited civilian harm policy.

CIVIC welcomes the directive, which follows NGO calls for urgent policy overhauls. But if the Defense Department’s efforts are to be successful, they must act on longstanding civil society findings and recommendations and address structural flaws in how the U.S. military prevents, mitigates, and responds to civilian harm.

“The fact that civilian harm is being recognized as a priority at the highest levels of the Defense Department is a positive and welcome step. But the impact will depend entirely on whether these efforts can go beyond rhetoric and deliver real results for civilians,” said Annie Shiel, CIVIC’s Senior Advisor for the United States. “For many years, civil society groups, the media, and even the Pentagon’s own studies have identified the same repeated failures and issued numerous recommendations that have gone unrecognized and unimplemented. What we need now isn’t more studies or reviews, but bold actions that finally deliver recognition and accountability for civilian victims and survivors and ensure that the devastating harm we saw in Kabul, Baghuz, and countless other strikes does not happen again.”

Among others, CIVIC and other humanitarian and human rights organizations have offered a series of concrete recommendations on how the impending civilian harm policy can better prevent and respond to civilian harm.

The Secretary’s directive does not appear to address the U.S. program of lethal strikes outside recognized battlefields, which has killed thousands of civilians often without acknowledgement, amends, or accountability. CIVIC and over 110 organizations have called for an end to this program, a call we reiterate today. 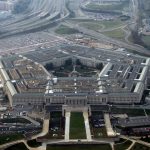