Seven years after the end of Nepal’s armed conflict, civilian victims are still struggling in the absence of effective help from the government, according to a report released today by Harvard Law School’s International Human Rights Clinic (IHRC), in partnership with the advocacy group Center for Civilians in Conflict. A government relief program, set to end in 2014, has failed to deliver sufficient services and support.

Assistance Overdue: Ongoing Needs of Civilian Victims of Nepal’s Armed Conflict documents Nepali victims’ calls for financial and in-kind assistance as well as justice and truth after a decade-long conflict between government and Maoist forces. The report also evaluates the Nepali government’s current programs and proposals in light of victims’ needs and expectations.

“Atrocities committed by both sides left thousands of Nepali civilians with permanent disabilities, lingering psychological trauma, and lost livelihoods,” said Bonnie Docherty, lecturer on law at IHRC and co-author of the report. “The government has failed to reach many victims and urgently needs to do so.”

During the armed conflict that raged in Nepal from 1996-2006, Maoist and government forces targeted civilians with impunity. The Maoists often executed civilians publicly to create fear, while the government routinely eliminated perceived enemies through enforced disappearances. Both sides also tortured, raped, and committed other forms of violence. Assistance Overdue is based on more than 100 interviews with survivors, government officials, and other experts as well as extensive legal analysis.

The government’s primary form of support for victims is its Interim Relief Program (IRP), which was established in 2008 and has provided immediate material assistance to some of those harmed in the conflict. The report finds that IRP falls short in the areas of financial aid, vocational training, educational support, and health care for families of the deceased or disappeared and the disabled. Two especially vulnerable groups—victims of torture and sexual violence—are not entitled to any assistance under the program.

The government has for several years debated creation of a truth, reconciliation, and disappearances commission that would focus on non-material issues, a measure important to many victims. But the commission has yet to be established and, as currently proposed, would have overly broad amnesty provisions, allow forced reconciliation against the will of victims, and have only two years to complete its work. A coalition of victims’ organizations filed a petition in April 2013 to block implementation of a seriously flawed law creating a commission.

IHRC and the CIVIC call on the government to improve support for victims by creating a more inclusive and long-term assistance program and adopting a commission on truth, reconciliation, and disappearances that takes into account victim perspectives. IHRC and the CIVIC also urge international donors to provide support for these initiatives.

“For Nepal to heal and rebuild, the government should rectify the failings of the Interim Relief Program and listen to its people who demand recognition and justice for the harm they have suffered,” said Sahr Muhammedally, senior legal and amends advisor for the Center for Civilians in Conflict. “People have been trying to recover from the horrors of the conflict for seven years. It’s time to fix a broken system.” 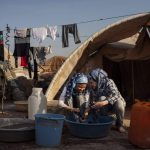 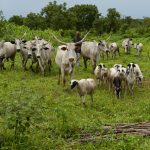 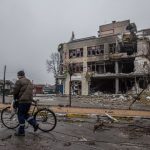