NATO’s Time Drawing to a Close, But Protection Work Unfinished

WASHINGTON, DC—Allegations of civilians harmed by NATO strikes in Libya should be investigated, even as the alliance ends its operations there, said CIVIC, a Washington-based advocacy group. Although October 31st will mark the end of its UN mandated military operations, NATO can still recognize and assist civilians who were harmed in the course of their seven-month long campaign.

“I met people who say they lost their loved ones, homes, and livelihoods to NATO strikes.  They’re asking, ‘Why?’ NATO needs to give them an answer,” said Kristèle Younès, CIVIC’s director of field operations, who recently returned from the country.

Despite evidence of air strikes that damaged civilian homes, NATO has not conducted investigations or offered assistance to civilians who were allegedly harmed by its actions. With security and access on the ground improved, there is no reason not to track, investigate, and make amends to civilians suffering as a result of NATO actions. Allied nations also have a presence in Libya and could play a role in assisting investigations into claims.

“NATO intervened with a mandate to protect civilians. Now it has to make amends to the civilians harmed through its own actions by recognizing the harm it caused and offering apologies and compensation whenever appropriate,” said Younès.

CIVIC recommends NATO thoroughly track and investigate all allegations of civilian harm in Libya and publicly report on the findings.  In instances where civilians were harmed, including damage to their property, NATO should apologize and compensate them for their losses.

The advocacy group noted that the vast majority of NATO’s strikes in Libya were deliberate strikes on military targets. Considering the small amount of allegations of civilian harm, any investigations and assistance would not be resource heavy.

“It seems a bit odd.  NATO will pay for bombs and planes to ‘protect civilians’; but when it comes to actual civilians who need help because of these strikes, the political will to act is no longer there,” said Younès.

Victims of NATO strikes who spoke to CIVIC had varying reactions. One civilian said the mistaken bombing of his home had made neighbors suspicious of his family, believing that they were supporters of Gaddafi. Some victims saw the strikes as part of a bigger picture and were supportive of NATO’s involvement overall, while others were deeply upset by its actions. All however, asked for the same thing.

“People want an apology and to know why they were targeted. I don’t think that’s asking for much,” said Younès. 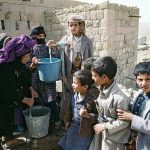 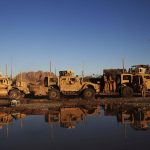