Washington DC—US lethal assistance to the Syrian armed opposition should be conditional on assured measures by the opposition to protect civilians, said Center for Civilians in Conflict. Such measures must include receiving training on international humanitarian and human rights law, adopting best practices to avoid civilian harm, and creating processes to ensure accountability for unlawful conduct. The United States has the capacity to provide technical assistance on all of these aspects of responsible conduct.

Yesterday, June 13, US Deputy National Security Advisor Benjamin Rhodes announced that the US would provide “direct military support” to the Supreme Military Council (SMC) in light of evidence that chemical weapons have been used in Syria. Until now, the US has provided only non-lethal and humanitarian assistance to the Syrian opposition. According to the United Nations, over 93,000 people have died in Syria since protests against the rule of Bashar al-Assad began in March 2011 with civilians bearing the brunt of violent and indiscriminate attacks.

The Syrian armed opposition consists of dozens of brigades with different ideologies and varying knowledge and training on civilian protection, military tactics, weapons use, and targeting. Center for Civilians in Conflict interviewed dozens of opposition fighters over the past twelve months who joined the opposition to protect their communities, but urgently need training in how to protect civilians during combat operations.

“Arming the rebels has to be done responsibly, and that’s a big challenge when there’s no real way to control the weapons once they’re handed over. At the very least, the US can make sure fighters know how to avoid harming civilians when using the weapons they’ll be given,” said Sarah Holewinski, executive director of Center for Civilians in Conflict.

“The US learned how to protect civilians over the past decade, even in the midst of heavy fighting. Those lessons have got to be shared with the rebels to ensure they don’t kill the very people they’re supposed to protect. Once lethal aid is offered, how it’s used becomes the responsibility not only of the opposition but of its benefactors,” added Holewinski.

No donor nation, including the US, should provide weapons without the armed opposition first adopting a code of conduct that includes civilian protection as a top priority and creating clear lines of accountability for unlawful conduct by its fighters. Opposition fighters have told CIVIC that some fighters’ weapons have been taken away as a form of discipline in some brigades. But other rebel forces have been involved in looting, ill treatment of detainees, and summary executions. Taking away someone’s weapon is woefully inadequate punishment for unlawful conduct, according to CIVIC.

Syria is already inundated with weapons and various outside groups have entered the battlefield. CIVIC urges the US to ensure robust vetting of weapons’ end-users and work with the armed opposition to create a database to track weapons.

Wartime ordnance—such as abandoned stockpiles, loose arms, unexploded bombs—pose a deadly threat to civilians. CIVIC also urges the US and the international community to assist and begin planning with the armed opposition programs to secure weapons stockpiles to prevent transfer to other conflicts, provide training on safe disposition of unexploded ordnance, and strategize for a disarmament program post conflict.

“Too many civilians have been killed and maimed in this brutal war. If weapons are being offered in the name of protecting Syrians, then it is the duty of any nation doing so to make sure those weapons don’t harm more than they help, both now and when the fighting ends,” said Holewinski. 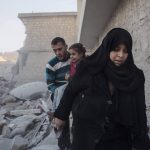 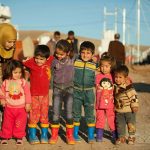 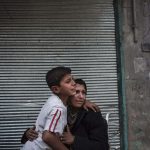