April 2, 2014
We, the undersigned human rights and civil liberties groups, welcome the introduction of The Targeted Lethal Force Transparency Act and commend Representative Adam Schiff (D-CA) and Representative Walter Jones (R-NC) for their leadership on this issue.This bill would give the public and all members of Congress much-needed information about US lethal operations by remotely piloted aircraft, also known as drones. President Obama has pledged to lift the veil of secrecy on drone strikes and ensure US practices are made “more transparent to the American people and to the world.” CIA director John Brennan has acknowledged that “in the interest of transparency” the Executive Branch should publicly acknowledge wrongful killings. Yet the public and most members of Congress remain in the dark about the identity of people killed in drone strikes, whether they were killed lawfully, and the Administration’s legal standards for determining who may be targeted.

The Targeted Lethal Force Transparency Act increases transparency by requiring the President to report the total number of “combatants” and “civilians” killed or injured in drone strikes outside of Afghanistan and specifically authorized uses of force, for every year since 2008 and every year going forward. Crucially, it also requires the Executive Branch to provide the definitions of “combatant” and “civilian” that it uses in compiling this casualty information. We are confident this information can be disclosed without putting intelligence sources at risk or endangering genuine national security interests. It would allow the public and Congress to engage in important discussion about drone strikes, including their utility, their impact on local populations, and their compliance with international and domestic law and the Administration’s own policies.

US lethal drone practices are setting a precedent particularly for the 86 other countries that have reportedly acquired drone technology. As Rep. Schiff has noted, “As other nations develop and deploy these technologies, we will be better positioned to urge their responsible and transparent use if we have set an examples ourselves.” Conversely, the failure to openly engage with the numerous reports of potentially unlawful killings from US drone strikes seriously undermines the US government’s credibility in criticizing unlawful uses of lethal force by other governments and non-state actors.

We believe the United States should set a global example of using lethal force only where it is lawful. Outside the narrow and exceptional circumstances of armed conflict, where international human rights law applies, the United States can only target an individual if he poses an imminent threat to life and lethal force is the last resort. For this and other reasons, we do not necessarily agree that the terms “combatant” and “civilian” apply. The Executive Branch should openly acknowledge and investigate reports of potentially unlawful killings, and ensure accountability for any violations of the law.

We support Rep. Schiff’s statement that the United States must hold itself accountable by being more open about the effect of its drone strikes. We call on Congress to pass the Targeted Lethal Force Transparency Act and take this modest yet crucial step toward ending excessive secrecy about US drone strikes. 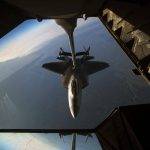 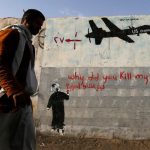