On April 23, 2015, your administration publicly acknowledged and apologized for the deaths of two civilians—U.S. citizen Warren Weinstein and Italian citizen Giovanni Lo Porto—in a January 2015 strike in Pakistan.

The undersigned human rights and civil rights organizations welcome your administration’s public acknowledgement of responsibility, your undertaking to ensure that the strike is subjected to a “thorough independent review,” and the public offer of compensation to the victims’ families. These are positive steps that we hope will lead toward a more transparent and accountable approach to U.S. counterterrorism operations.

We write to urge your administration to adopt the same approach to all other U.S. counterterrorism strikes in which civilians have been injured or killed—regardless of their nationalities. To that end, your administration should establish a systematic and transparent mechanism for post-strike investigations, which are made public, and provide appropriate redress to civilian victims.

The United Nations, local and international human rights organizations, and journalists have investigated and reported numerous cases in which there is credible evidence of harm to Yemeni, Pakistani, and other civilians from U.S. strikes carried out in secret, often using drones. The families of those individuals are still seeking redress and accountability, and the continued refusal of your administration even to officially acknowledge their losses compounds their suffering. We attach to this letter an appendix of ten examples of such strikes, which we urge your administration to publicly acknowledge and independently investigate, along with all other counterterrorism strikes in which there are credible allegations that civilians may have been killed or harmed.

In prior joint letters to your administration, including letters of December 4, 2013, and April 11, 2013, civil society groups have described broader concerns about the U.S. government’s use of lethal force in counterterrorism operations. In addition to investigating individual strikes, acknowledging responsibility, and providing appropriate redress for civilian harm, we urge your administration to take essential steps to: publicly disclose standards and criteria governing “targeted killings”; ensure that U.S. lethal force operations abroad comply with international human rights and humanitarian law; and enable meaningful congressional oversight and judicial review.

We appreciate your attention to our concerns. 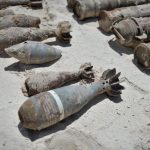