March 25, 2011
WASHINGTON, DC – The families of two Afghan civilians killed by international forces yesterday should be compensated, and international forces should have a standing amends policy for all future victims, Campaign for Innocent Victims in Conflict (CIVIC) reiterated today.”It should go without saying that families mourning loved ones as a result of military mistakes will be recognized and offered amends,” said Sarah Holewinski, CIVIC’s Executive Director. “But in Afghanistan, each troop contributing nation compensates for harm differently, if at all.”On March 24, the International Security Assistance Force (ISAF) announced it had inadvertently killed two civilians during an airstrike in Khost Province. An ISAF helicopter gunship fired at a moving vehicle containing suspected insurgents. Two civilians walking near the vehicle were unseen by ISAF personnel initiating the airstrike and both were killed.

ISAF maintains no uniform system of compensation for cases like these. CIVIC’s research shows that each troop contributing nation responds to civilian harm differently, often angering the local population with an either non-existing or inadequate amends policy. In June 2010, NATO’s North Atlantic Council adopted compensation guidelines with the goal of ensuring every civilian casualty is dignified with appropriate apologies, recognition and compensation for the family. These guidelines are non-binding and ISAF commanders have been given no clear guidance on how to implement them, allowing the current ad hoc system to persist.

A recent United Nations report showed that anti-government groups are responsible for  75% of the civilian harm in Afghanistan in 2010, with much of that harm resulting from such groups intentionally targeting civilians. ISAF-caused incidents of civilian casualties were reduced in 2010 thanks to tactical directives limiting close air support and requiring positive identification of targets. Yet the past month has seen three incidents of mistaken civilian harm caused by ISAF, including the deaths of children, highlighting the potential of ongoing civilian harm and the need for a standing compensation policy for all international and Afghan forces.  CIVIC does not know of any compensation offered to the families.

“After ten years of conflict, it’s time the Afghan people are assured they will not be left without help when tragedy strikes,” said Holewinski. “Investigate, apologize, make amends. That is the policy Afghans deserve.” 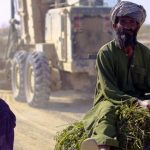