We’ve been told over and over that drones by their very nature are better at avoiding civilians, but these findings show that simply isn’t the case.

Washington, DC—Despite the touted precision of drone strikes by the Obama Administration, drones were found to be statistically more likely to cause civilian casualties than manned aircraft in Afghanistan, said Center for Civilians in Conflict today.

The finding appeared in an article for PRISM, a journal of the Center for Complex Operations by Dr. Larry Lewis, a CNA analyst advising the US military, and Sarah Holewinski, executive director for Center for Civilians in Conflict. Based on Dr. Lewis’ analysis of air engagements from mid-2010 through mid-2011, strikes by unmanned aerial vehicles (UAVs) or drones were approximately ten times more likely to cause casualties than strikes by manned aircraft.

The data was taken when air engagements during the war in Afghanistan were at their peak and following General McChrystal’s 2009 push to reduce civilian casualties. Drone operators and analysts had limited training on minimizing civilian harm compared to manned aircrews, and faced additional challenges including a limited field of view (the “soda straw” effect) and communications challenges for operators in different locations from the analysts looking at the target.

“We’ve been told over and over that drones by their very nature are better at avoiding civilians, but these findings show that simply isn’t the case,” said Holewinski. “The point is, drones aren’t inherently good or bad for civilians living under them. It all depends on how those drones are used. Without the right inputs and training and directives on civilian protection, drone pilots behind their joysticks have no more advantage in saving civilian lives than any other pilot.”

The study found that in Afghanistan initial battle damage assessments following air strikes are not always accurate with regard to what civilian harm had been caused. On the ground follow-up in some instances contradicted official US assessments of zero civilian casualties. In remote drone operations, such as those found in Pakistan and Yemen, such assessment challenges are compounded by the absence of troops on the ground to investigate any incident and a lack of transparency about the operations generally. According to the Center, this makes claims by the US government on minimum civilian harm from drone strikes outside of Afghanistan questionable.

The Center recommends that all drone operators, military or otherwise, be trained in civilian protection lessons learned; that the US create a program to monitor and respond to incidents of civilian harm in all counterterrorism operations involving the use of lethal force; and that the CIA and Joint Special Operations Command publicly describe their civilian protection processes, including what by means post-strike investigations are conducted. Finally, an official review of civilian casualty levels in US operations outside of declared theaters of armed conflict should be undertaken immediately, to include a review of classification criteria for civilians and combatants and specific risk factors for civilian harm in remote operating environments.

What’s Next for Civilians Living Under Drones? 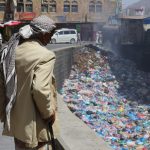