ABUJA, NIGERIA — On Monday, October 29, 2018, officials across the Nigerian government, including branches of the military, members of the diplomatic community, and representatives of civil society will gather for a high-level consultation hosted by the National Human Rights Commission (NHRC), with support from Center for Civilians in Conflict (CIVIC). The consultation is the most recent step on a steady and encouraging path toward the adoption of Nigeria’s innovative proposed policy on the protection of civilians.

“We welcome the honourable representatives from esteemed institutions and entities to this critically important consultation,” said Anthony O. Ojukwu, Esq., Executive Secretary of the NHRC. “For nearly one decade, Nigerians have suffered the impact of violent insurgency. Nigeria has developed a way to address that suffering through the National Policy on Protection of Civilians and Civilian Harm Mitigation. This draft policy is both groundbreaking, yet proven. It is both inclusive and informed, and ambitious yet achievable. This draft policy is consistent with existing law whilst also furthering the security and welfare of the Nigerian people. The time to adopt it is now.”

“Thousands of civilians have been killed, displaced, or are suffering other deep losses due to conflict in Nigeria,” added CIVIC’s Country Director, Tunde Ojei. “This draft policy, deservedly praised by several global leaders, puts the promise of protection of civilians into action. Grounded in the principles of Civilian Harm Mitigation, the policy takes a government-wide approach to preventing, minimizing, and addressing civilian harm. By adopting and implementing this policy, Nigeria would signal to its people – and to the world – that the government prioritizes the protection of civilians.”

In addition to the Office of the Vice President and the Ministries of Defence and Justice, attendees will represent branches of the Nigerian military and intelligence services, elected officials focused on defence and human rights, representatives from Yobe State, Borno State, and Adamawa State, numerous embassies and the EU, and civil society organisations, including the International Committee of the Red Cross (ICRC).

Attendance at the consultation is strictly by invitation only, but all are encouraged to join the conversation on social media using #NigeriaProtects.

Center for Civilians in Conflict is an international nonprofit based in Washington, DC and dedicated to promoting the protection of civilians caught in conflict. CIVIC’s mission is to work with armed actors and civilians to develop and implement solutions to prevent, mitigate, and respond to civilian harm. CIVIC was established in 2003 by Marla Ruzicka, a young American activist and humanitarian who saw first-hand the impacts of conflict on civilian casualties and their surviving family members. In April 2005, Marla was tragically killed by a suicide bomber in Baghdad. She died advocating for civilian war victims and their families. Since then, CIVIC has continued her extraordinary legacy and expanding its presence around the world. In Nigeria, CIVIC engages with the national and state governments, military, and communities to promote the protection of civilians. We support the development of policies, programs, and training to minimize civilian harm during the conduct of military operations. In the northeast, CIVIC works closely with communities affected by the conflict as well as security providers. Visit civiliansinconflict.org for more. 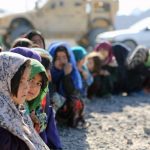 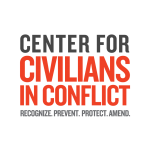