ANTAKYA, TURKEY — Turkish and Lebanese red tape is inhibiting medical access for civilians who fled the violence in Syria, according to CIVIC, an advocacy organization for civilians in conflict. Both governments must remove obstacles, particularly around relief supplies and licensing, in order to ensure Syrian refugees have access to the lifesaving care they so desperately need, said the organization.

Lebanon and Turkey frequently provide free primary lifesaving medical care to those with war wounds. However, cost of treatment limits the care the two countries can provide to only a few days, leaving injured civilians to fend for themselves after initial treatment. Syrian refugees have themselves had to fill gaps in medical care after initial treatment by the host countries has ended.  Since the beginning of the conflict, the refugees have organized ad hoc relief organizations, relying on donations and volunteers.  But over the past several months, bureaucratic red tape in both Turkey and Lebanon has impeded this kind of assistance, interrupting the continuity of care that civilian victims need to re-establish their lives.

Syrian doctors told CIVIC they’re particularly frustrated with Turkish and Lebanese custom authorities for clearing relief supplies slowly, leaving important medical shipments to languish at the ports in Beirut and Istanbul for months. CIVIC staff confirmed the existence of several such shipments of donated and purchased supplies intended for Syrian relief organizations in Antakya and Tripoli. Containers in both ports have been in the process of clearing customs for at least several months.

In both countries, Syrian doctors speculated on the cause for these delays. Their concerns range from bureaucratic bungling to suspicions that holding up shipments is a tactic by host country authorities to force aid groups to purchase supplies locally. CIVIC noted that forgoing donated medical supplies and buying local products places a huge and unnecessary financial burden on doctors and aid groups. When required to purchase local supplies in Turkey, Syrian doctors and medical personnel—sometimes working out of their homes—are often unable to read the packaging, putting their patients at needless risk of medical mistakes. In Lebanon, delays of medical supplies are fuelling suspicions among sections of Lebanon’s northern Sunni population of sectarian bias by the Lebanese government. Some interviewees believe Turkey and Lebanon are profiting at the expense of Syrians in need.

“War wounds don’t heal overnight. Almost all Syrian civilians with severe injuries need additional treatment of the kind that Syrian doctors and medical organizations are struggling to provide,” said Michael Shaikh, director of country operations for CIVIC. “Too much red tape is stopping needed care from getting to Syrian civilians who are already suffering from having to flee their homes.”

Like many countries, Turkey and Lebanon have legal restrictions to prevent foreign doctors from practicing without a local license as a means to ensure patient safety.  To cope with the influx of war wounded, Lebanon’s authorities have turned a blind eye to Syrian doctors assisting their Lebanese counterparts with minor procedures.  Turkey, on the other hand, has yet to relax, formally or informally, its ban on licensing foreign doctors. In some instances, the lack of Syrian professionals in hospitals has led to cultural and even religious tensions between Syrians seeking treatment and the doctors treating them, and the language barrier has prevented some patients from understanding the procedures or medicines needed. Several Syrian civilians admitted to Turkish hospitals in Antakya recounted feelings of extreme confusion to CIVIC, even fear and mistrust, when dealing with Turkish doctors before or after an operation.

Expressing a widely shared sentiment, a Syrian doctor in Antakya said: “Turkey has been very kind to us [but] they [patients] have a right to understand treatments they are to receive in their own language. At the very least we can act as translators for our people and make them feel comfortable with the Turkish doctors.”

“With relatively little effort, the Turkish authorities could screen Syrian doctors to ensure they have requisite credentials to assist Turkish doctors,” said Shaikh. “Not only would this practical step guarantee quality control and the safety of patients, it will go a long way towards restoring the health and dignity of Syrian conflict victims. With what little they have, this is the right thing to do.”

CIVIC recommends that the Turkish and Lebanese governments remove roadblocks to relief supplies entering the countries and for Syrian doctors to be allowed to serve as assistants to local medical staff treating Syrian patients. Additionally, the organization recommends that the international community increase funds to support Syrian refugees in Lebanon and Turkey. According to UN figures, a formal appeal of $193 million for humanitarian aid to assist Syrian refugees in Turkey, Lebanon, Jordan, and Iraq is only 20 percent funded.  There is similar funding shortfall for the $189 million appeal issued for aid operations inside Syria as well. 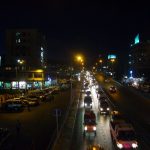