CIVIC Welcomes Sisonke Msimang, South African Writer, Activist, and Storyteller, to its Board of Directors

WASHINGTON, DC (June 15, 2018) —South African author and human rights advocate Sisonke Msimang has joined the Board of Directors of the Center for Civilians in Conflict (CIVIC), bringing decades of experience in defending human rights to CIVIC’s mission of strengthening the protection of civilians caught in conflict. Msimang heads oral storytelling for Australia’s Centre for Stories.

“We are honored and delighted to welcome Sisonke Msimang to our board,” said CIVIC’s Executive Director Federico Borello. “Ms. Msimang understands the importance of recognizing and respecting rights of civilians. Her passion for telling the stories of civilians and amplifying their voices on an international scale will be an invaluable contribution to our global efforts.”

“I’m thrilled to join the board of CIVIC,” Msimang said. “I’m proud to support the work of an organization that understands that the survivors and victims of armed conflicts aren’t voiceless at all. They have clear demands for peace and justice. Ensuring they aren’t ignored has never been more important.”

Msimang is a South African writer and activist. She has worked for the United Nations as an advisor on gender and human rights, and for a range of international aid agencies focussing on reproductive health and rights. Msimang served as the executive director of the Open Society Initiative for Southern Africa, leading the foundation’s work on democracy, governance, and media freedoms. She has written for a range of international publications including the New York Times, the Guardian, Newsweek and Al Jazeera. Her first book, Always Another Country: a memoir of exile and home (World Editions), was published last year.

Center for Civilians in Conflict is an international nonprofit based in Washington, DC with ten offices in eight countries on four continents. CIVIC’s mission is to work with armed actors and civilians to develop and implement solutions to prevent, mitigate, and respond to civilian harm. Established in 2003 as the Campaign for Innocent Victims in Conflict (CIVIC), the organization was founded by Marla Ruzicka, a young American activist and humanitarian who saw first-hand the impacts of conflict on civilian casualties and their surviving family members. In April 2005, Marla was tragically killed by a suicide bomber in Baghdad. She died advocating for civilian war victims and their families. Since then, CIVIC has continued her extraordinary legacy and expanding its presence around the world. Visit civiliansinconflict.org 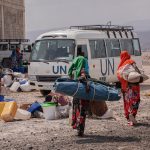 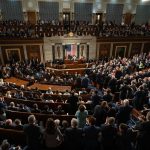