WASHINGTON, DC—Federico Borello, who has distinguished himself during more than a decade of work in human rights and international justice issues, will become Executive Director of the Center for Civilians in Conflict (CIVIC), CIVIC announced today.

Borello, who begins work at CIVIC on July 7, succeeds Sarah Holewinski, who is leaving after eight years of distinguished service to join the United States Mission to the United Nations. Over the past decade, the Center for Civilians in Conflict has pressed governments and warring parties to mitigate harm to civilians caught in conflict zones, most notably in Iraq, Afghanistan, Pakistan, Libya, Somalia, Mali and the Central African Republic.

“We are proud of the advances both in the field and in international policy that Sarah helped lead, and we are excited about opportunities for Federico and CIVIC to expand the reach of their work,” said Anil Soni, chair of the CIVIC’s board of directors.

Borello now serves as a director of investments at Humanity United, where he manages the International Justice and the Democratic Republic of Congo portfolios.

Borello, who holds a law degree from the University of Milan and a master’s degree in International Affairs from Columbia University, previously worked with the United Nations, the Organization for Security and Co-operation in Europe and the International Center for Transitional Justice.

Under Borello’s leadership, the Center for Civilians in Conflict will continue working with warring parties to protect civilians in conflicts around the world. 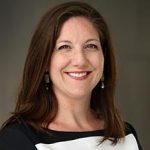 CIVIC Statement on U.S. Election: ‘Protecting Civilians in Conflict Is Not a Political Issue’