“Today’s executive order on civilian casualties clearly signals that the United States recognizes both the ethical and strategic imperative to prevent harm, protect civilian men, women, and children caught on the battlefield, and to make amends for the harm its combat operations cause. Until now, the US military has had to reinvent the wheel in every new conflict due to the absence of a standing policy, causing unnecessary suffering to civilians in the process, so we commend President Obama for this landmark decision.

“What matters now is swiftly putting this into practice, particularly since the administration has only a few months left to set in motion the execution of this order. CIVIC urges the immediate steps:

“Civilian protection usually becomes a priority only after tragedies have already occurred. This is neither ethically acceptable nor strategically smart. Today’s order is a welcome change in this ad hoc thinking, but without swift and effective action, this executive order will end up as empty rhetoric, and the failure to properly protect civilians will further erode American leadership around the world.” 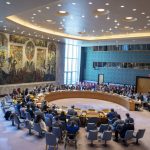