The damaging impact of civilian casualties on combat operations is not a new lesson, but it is one that US defense forces have had to continually relearn. Historically, civilian protection and efforts to address harm become priorities only when external pressures demand attention. As the Pentagon reshapes its defenses and fighting force for the next decade, continuing this ad hoc pattern in the future is neither strategically smart nor morally acceptable.

The budget recently submitted to Congress by Secretary of Defense Panetta demonstrates a strategic shift toward smaller and more covert operations. Our new forces are to be leaner and more agile, able to be decisive in its operations without heavy investment.

Yet, as America loses its military bulk, we cannot afford to also lose our memory. General Dempsey, Chairman of the Joint Chiefs of Staff, has called upon the military to “learn the lessons from the past decade.” Over the past decade, the United States has learned a key lesson: strategic objectives and ethical leadership are undermined if civilian protection is not integrated into the military’s overall approach. In addition to the moral imperatives of standing by American values concerning protecting civilian life in wartime, experience shows civilian casualties can also create anger and resentment, compelling more people to work against U.S. interests.

There are good reasons why the U.S. is implementing sweeping changes in its national security policy. Politically and economically, maintaining a large military presence around the world is no longer feasible. As America tightens its budget belt, there is increasing resistance to investing in anything beyond what is seen as necessary for America’s security. However, measures to integrate civilian protection into the heart of the new security strategy are inexpensive imperatives. Many simply entail making someone at the Department of Defense in charge of this issue, giving the troops proper training on civilian protection, and putting in place policies for responding to harm when mistakes are made—all efforts that are a big gain at minimal cost.

At least three of Secretary Panetta’s priorities outlined in the budget submitted to Congress have real implications for U.S. efforts to avoid civilian harm in future wars: increased reliance on special forces, new technologies including drones, and increased partnering with foreign allies.

Taking them one by one:

First, a “smaller and leaner” fighting force will emphasize special operations. The professionalism and ability of special operations forces to rapidly adapt can help them avoid causing civilian harm in new, complex environments. However, their operations also tend to increase the risk of civilian casualties, as activities such as infiltrating a village to capture or kill a combatant puts them in direct contact with the local population. When casualties occur, the covert nature of special operations means the civilians have little recourse for addressing the harm. Special Forces caused a significant number of the overall civilian casualties in Afghanistan between 2007-2009, though they were only a small part of the total force.

In response to unwanted attention from the media and the public, special operations forces in Afghanistan modified their approach and greatly reduced civilian casualties while being more effective in carrying out their mission. That shift in priorities and flexibility is a model for the rest of the force. These lessons learned should be sustained beyond Afghanistan and applied to the broad range of Special Forces operations over the next decade and beyond.

Second, the new American force will rely more heavily on new technologies, including air force capabilities to penetrate enemy defenses and strike over long distances. Remotely piloted aerial vehicles, or “drones,” saw major use in Iraq and Afghanistan, and are slated for a big leap in funding, with the Pentagon calling for a nearly one-third increase in its fleet in the years ahead.

Use of drones has some military advantages for avoiding civilian casualties in war. Their systems feature precision weapons, their sensors have increasingly high-resolution imagery, and back in the control room, trained imagery analysts scrutinize a target area prior to engaging, which is not often possible with only troops on the ground.

However, as seen in Afghanistan, even when drones are used in conjunction with troops on the ground, civilian casualties can result. Increasing covert use of drones by the U.S. government raises significant concerns that civilian casualties will not be properly prevented, monitored or investigated, limiting U.S. accountability. The proliferation of drone use needs to be matched by considerations of their limitations, and continuing technological advances need to be coupled with better training so that aircrews fully understand risk factors for civilian harm or public blowback.

Finally, partnering with other nations to develop a sustainable capacity to provide security and counter threats offers an alternative to sustaining a large U.S. footprint on the ground. We are seeing this in action as US troops hand more power to the Afghan National Security Forces in preparation for NATO’s withdrawal in 2014. However, when indigenous security forces kill or injure civilians, the political costs can be significant and reverberate back to America. Partnering efforts between the U.S. and local forces usually do not focus on how to mitigate civilian harm during an operation. Future training of foreign partners and joint operations must include a prioritization of civilian protection, lest both sides lose legitimacy.

The end of this decade of war shouldn’t mean discarding the important lessons learned. Reducing civilian casualties is possible with leadership, attention and focus. The Obama Administration must recognize that making civilian protection a priority is a win-win for America’s shifting strategy.

Holewinski is the executive director of the Center for Civilians in Conflict (formerly CIVIC).  Dr. Larry Lewis was lead analyst for the Joint Civilian Casualty Study. He has assisted several military commands in Afghanistan with the issue of civilian casualties. 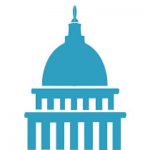 AfghanistanDronesPolicyUnited States
About the author