Drones: An Outlier in a Transparent Presidency 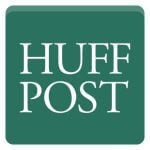 President Obama is quite literally writing his legacy on the use of force during his second term. According to media reports, the administration is codifying the hows and whys of its drone policy in a handbook. The assumption is that the United States will put into doctrine what it has already created in practice: new rules for a new global reality with a newish technology.

Leave aside for a minute the fact that there already exists a rulebook governing drone use, called international law. If the new rulebook clarifies some of the outstanding questions surrounding U.S. drone use, if its elements show an adherence to international laws (both in practice and in spirit), and if the whole of the rulebook considers the precedent it will set for the rest of the world, then this is an effort that should be welcomed, because the explanations about covert drone use coming from top officials have so far been less than explanatory (Jeh Johnson’s recent remarks being the exception, though they’re still short on detail).

The modern-day creation of the drone — an unmanned airplane supported by a massive network of remote operators — is not the problem. It was only a matter of time before a sophisticated military found a way to take itself off the battlefield yet keep the ability to strike where and when it wishes. Used in specific military circumstances — in a full-scale combat theater like Afghanistan, for example, and with solid intelligence feeding into precise targeting — drones have the potential to minimize collateral damage.

Read the article in full on The Huffington Post’s site.