Growing Use of Private Military and Security Companies in Conflict Settings: How to Reduce Threats to Civilians 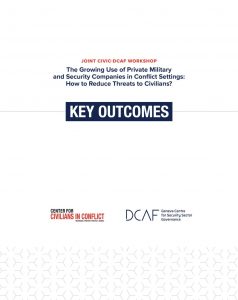 For the past decade, Private Military and Security Companies (PMSCs) have taken over roles traditionally reserved to national armed forces, such as support to intelligence activities, training to State and non-State armed groups, and combat operations in some cases. PMSCs have also expanded their areas of operations to conflict-affected regions such as Libya and the Central African Republic.

While their operations are regulated by the Geneva Conventions and dedicated frameworks such as the Montreux Document (2008) and the International Code of Conduct (2010), PMSCs often operate without the same oversight and constraints of conventional forces, resulting in their employees committing civilian harm without being held accountable.

Urgent action to ensure better regulation and foster their accountability in conflict settings is needed. In March 2022, CIVIC and DCAF (Geneva Centre for Security Sector Governance) organized a workshop to explore ways to reduce threats to civilians arising from the use of PMSCs in armed conflict. This led to the publication of a key outcome document detailing the main takeaways from the conversation and recommendations to States, PMSCs, UN, intergovernmental organizations and the civil society to ensure accountability and compliance with International Humanitarian Law.

This workshop was inspired by reflections and questions raised in an upcoming CIVIC brief on the impact of PMSCs on the protection of civilian. The brief will be published soon. 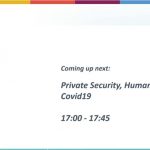