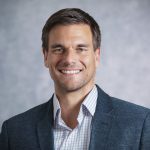 William Meeker currently serves as CIVIC’s Africa Director where he oversees the organization’s country programs in sub-Saharan Africa. Prior to joining CIVIC, he served as Deputy Director with the U.S. Department of State’s Bureau of Conflict and Stabilization Operations where he oversaw analysis, planning, programs, and learning for conflict prevention, mitigation and response efforts around the globe. Prior to that, William led the bureau’s analysis, programs and operations to prevent and mitigate violence against civilians, and others, in numerous countries in Africa. During his time with the State Department, he lived and served in Nigeria, Kenya, and Afghanistan. Prior to joining State, William worked on program-based strategic planning and monitoring systems with Management Systems International (MSI), an international development consulting firm. William’s prior professional experience includes working with an NGO in northern Uganda, the Department of State’s Bureau of African Affairs, USAID’s Bureau for Legislative and Public Affairs, Woodrow Wilson International Center for Scholars, and a civil litigation law firm. He holds an MMAS from the U.S. Army’s School of Advanced Military Studies (SAMS), an MA in International Peace and Conflict Resolution from American University’s School of International Service, and a BA in Global Studies from the University of California, Santa Barbara.