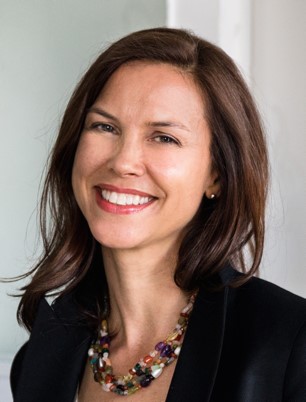 Wendy MacClinchy is the Director of the United Nations program at Center for Civilians in Conflict (CIVIC), leading strategic policy engagement and advocacy at the UN to advance reforms essential to the protection of civilians. She also oversees CIVIC’s field-based peacekeeping research in Central African Republic, Democratic Republic of the Congo, Mali and South Sudan, which provides evidence-based recommendations and brings civilian voices to multilateral negotiations. She brings over 20 years of experience working in conflict and humanitarian crises in field-based and policy roles.

Prior to joining CIVIC, she served at senior levels in conflict-affected contexts, including as a UN agency Representative in Liberia, Head of the Integrated UN Resident Coordinator’s Office in Lebanon during the Syrian refugee crisis, Chief of the Humanitarian Section in the UN Office of the Special Coordinator in Lebanon (UNSCOL), as a Senior Researcher in the Democratic Republic of the Congo, and as a UN Senior Advisor to the Governments of Iraq and Afghanistan, developing national resilience and recovery programs for each country’s most conflict-affected areas. She has served in senior policy advisory roles at UN Headquarters, including in the Office of the UN Secretary-General (EOSG), the office of the UN High-Commissioner for Refugees (UNHCR), the UN Department of Peace Operations, and the UN Department of Field Support. In these roles, she developed its first Early Peacebuilding Strategy for Peacekeepers and supporting other UN reform initiatives on civilian capacities, field support, UN integration and rule of law, among others.

She is a lead author of the OECD States of Fragility Report: Understanding Violence; and has published on peacebuilding, conflict prevention, and resilience for Harvard, OECD, the UN system (DPO, UNDP, PBSO, ILO) and UN University’s Centre for Policy Research, leading research in and on countries in the Middle East, Africa, Asia and the Americas. She has advised extensively a range of international organizations and networks, including the International Network on Conflict and Fragility on prevention policy, programming, and financing; and has served as guest lecturer at Columbia, NYU, Tufts, and the New School. She holds a Master’s Degree in International Management, Organizations, and Governance from the London School of Economics, and a Bachelor’s of Science in Environmental Policy, Institutions and Behavior from Rutgers University. She served as a U.S. Peace Corps Volunteer in Morocco (2001-2003). She is on the Board of the Nichibei Fujinkai in New York and is an at-risk youth mentor.