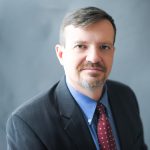 Tom Sheperd retired in December 2017 after a more than 30-year career with the US Army as both a Field Artillery Officer and Sub-Saharan Africa Foreign Area Officer. An experienced strategic leader educator, his last active duty position was as the Director of Regional Studies for the US Army War College, in Carlisle, Pennsylvania, where he also served as the Director of African Studies and Deputy Provost (Deputy Chief Academic Officer). While at the War College he supported and led US and NATO defense initiatives in Nigeria and Mauritania and wrote on US building partner capacity efforts in Africa. Prior to teaching at the War College Tom served in Defense Attaché and Security Assistance related positions in Cameroon, Eritrea and Kenya.

Tom has developed and delivered curriculum for senior U.S. and international officers. During his more than nine-years at the US Army War College he taught courses on the theory of war and strategy, national security policy, and the Sub-Saharan Africa strategic environment. Tom also taught courses and lectured on the African strategic environment for the Marine Corps War College, the Marine Corps Command and Staff College, the Defense Intelligence Agency, and the National Intelligence University.