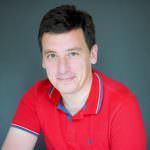 Sergii Doma is the CIVIC Senior Military Advisor in Ukraine. He joined CIVIC in January 2017. Prior to CIVIC, he served as an officer in the Armed Forces of Ukraine in 2014-2015 and worked at the OSCE Special Monitoring Mission in 2015 in the conflict zone in Eastern Ukraine. His interests also include media literacy and critical thinking – he collaborated with the Academy of Ukrainian Press as a development manager promoting media literacy education. Previously he had 10-year experience of working as a Program Manager at the Open Society Foundations national fund in Ukraine in mass media, ethnic minorities and public health areas.