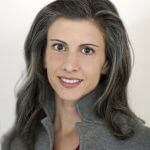 Sarah Holewinski is Washington Director of Human Rights Watch.  She was the first senior advisor on human rights in the Chairman’s Office at The Joint Staff of the U.S. Department of Defense and, prior, served as deputy chief of staff for policy at the U.S. Mission to the United Nations under Ambassador Samantha Power. For nearly a decade Sarah was executive director of Center for Civilians in Conflict (CIVIC), leading efforts to advise warring parties on civilian protection and responsible use of force. In that role, she worked extensively with the U.S. military and its allies in Afghanistan, Iraq, Somalia, CAR, Burma, and elsewhere.

Sarah was named in Top 100 Most Influential People in Armed Violence Reduction by Action on Armed Violence and received the Truman National Security Project’s award for Extraordinary Impact. She was a member of the (Bill) Clinton Administration’s White House AIDS Policy team, a senior associate at West Wing Writers, and consulted for Human Rights Watch, Ford Foundation, the William J. Clinton Foundation, and International Committee of the Red Cross.  She was a senior fellow on security issues at Open Society Foundations and the U.S. Institute of Peace. Sarah holds degrees from Georgetown and Columbia Universities, is a member of the Council on Foreign Relations, a senior fellow at New America, a board director at Center for Civilians in Conflict (CIVIC), and an adjunct professor at Georgetown University and a professor of practice at Arizona State University. Sarah lives with her adorable daughter, handsome husband, and very large cats in Washington, DC.