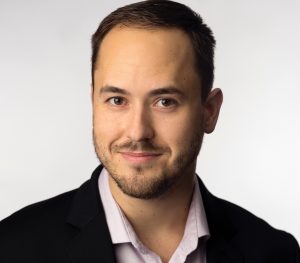 Luther is the Senior Manager of Institutional Partnerships at CIVIC, where he leads the organization’s fundraising and partnerships efforts with governments and foundations. Luther’s first encounter with a conflict zone was in Afghanistan, where he was struck by the intensely personal stories of war that are often obscured by news headlines. In the years that followed, he founded and oversaw a nonprofit organization implementing economic development projects in Afghanistan’s rural communities. Luther continued his work on conflict-affected environments with Search for Common Ground, where he supported and managed multimillion-dollar peacebuilding initiatives in the Middle East and North Africa region and built strategic partnerships with government donors and multilateral organizations. Through a project called Citizen Catalyst, Luther also worked to develop one of the leading-edge crowdsourced crime reporting apps to provide civilians with a safe way to protect themselves from transnational criminal violence. Additionally, Luther spent time at the US Senate, where he staffed legislation to reduce human and firearms trafficking. Luther holds an MA in International Relations from American University in Washington, DC, and a BS in Business Administration from Southern Adventist University in Collegedale, Tennessee.