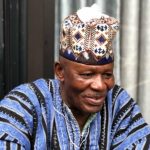 John Kuseh is CIVIC’s Senior Military Advisor in the Sahel. Prior to joining CIVIC, he was the Deputy Director General at the Department of International Peace Support Operations (IPSO) at the General Headquarters of the Ghana Armed Forces. John has a long trail of training in the military, including Officer Cadet training in both the Ghana Military Academy (GMA) and in the Academie Militaire Georges Namoano (AMGN) in Burkina Faso. Additionally, John had his career courses in Ghana, Nigeria and at the French War College in Paris.

John has taught in a number of military institutions within the Ghana Armed Forces including the GMA and the Ghana Armed Forces Command and Staff College (GAFCSC). From January 2012 – February 2014, he was seconded to the South African National War College in Pretoria where he taught for two years as International Directing Staff. On his return he served briefly as The Director Land Operations at the Department of Joint Operations (JOPS) at the General Headquarters. He returned to GAFCSC in 2015 and served as Chief Instructor (CI) Army Faculty, CI Joint Studies and Director Higher Education (DHE) before returning to the General Headquarters in September 2017. During his time at GAFCSC he attended several non-career courses including Conflict and Crisis Management, Security Sector Reforms (SSR), Protection of Civilians (POC), Responsibility to Protect (R2P) and Peace Support Operations.

John is a Resource Person at the Kofi Annan International Peacekeeping Training Centre (KAIPTC) where he facilitated in several courses. In 2011, he joined a team from KAIPTC to conduct a Training of Trainers (TOT) in Protection of Civilians (POC) in the Democratic Republic of Congo (DRC) for MONUSCO. He has participated in a few UN and Regional Peacekeeping Operations including the UN Interim Force in Lebanon (November 1987 – June 1988), ECOWAS Monitoring Group in Liberia (August 1991 -February 1992), UN Transitional Authority in Cambodia (May 1992- July 1993), UN Mission in Rwanda (August 1994 – August 1995), and La Cote d’Ivoire ECOWAS Mission in Cote d’Ivoire (February 2003 – January 2004).

John also commanded several Internal Security Operations during his 35 years’ service with the Ghana Armed Forces. He holds a Masters Degree in international affairs from the Legon Centre for International Affairs and Diplomacy (LECIAD), University of Ghana, Legon and an Advanced Diploma (Diplome Approfondi de la Langue Francaise) in French from the ALLIANCE FRANCAISE d’ACCRA.