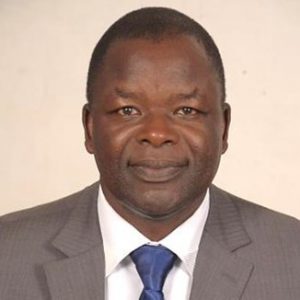 Col. James Chemiati is CIVIC’s Senior Military Advisor for East Africa. Col. Chemiati is widely experienced in military affairs, having worked in the Kenya Defense Forces (KDF) for over 30 years. During his stint in the Army, he had the opportunity to participate in joint operations, bilateral training, and peacekeeping activities. He was deployed as a member of the United Nations Military Observer in Western Sahara. He also served as a Directing Staff in the South African National War College (SANWC) in Pretoria, South Africa.

After an illustrious career in the KDF, Col. Chemiati served as the Head of Security and Intelligence at the Independent Policing Oversight Authority (IPOA) for six years. He is credited with operationalizing the security department and playing a lead role in establishing IPOA offices country-wide.

Col. Chemiati holds a BA in Criminology from Egerton University, a Higher Diploma in Security and Disaster Management from the Kenya Institute of Criminal Justice, and has attended many training in leadership and security. He is currently pursuing a MA in Criminology at Kenyatta University.