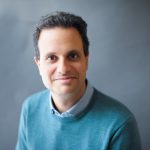 Federico Borello has served as the Executive Director at Center for Civilians in Conflict (CIVIC) since July 2014, bringing more than fifteen years of experience working on human rights and international justice issues to our mission. Federico previously served as Director of Investments at Humanity United where he managed the International Justice and the Democratic Republic of Congo portfolios. He has also worked with the United Nations, the Organization for Security and Co-operation in Europe (OSCE), and the International Center for Transitional Justice (ICTJ).

During his tenure at the UN, Federico coordinated the Transitional Justice and Anti-Impunity Unit at MONUC, the UN mission in Congo (now known as MONUSCO under its new mandate). He later served as a member of the Secretariat to the Commission of Inquiry in Guinea. Federico was also part of the team to issue a report on transitional justice for the United Nations Development Program (UNDP) in Burundi. At ICTJ, Federico’s work in transitional justice included supporting the Moroccan Truth Commission from 2003 through 2005.