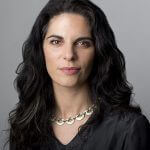 Elizabeth Seuling is a philanthropy and nonprofit advisor with expertise in human rights. Her clients address civilian harm in conflict, reproductive justice, racial inequities, and freedom of expression, among other issues.

She is the former founding executive director of the Lumos Foundation USA. In that role Elizabeth built a research, advocacy, and fundraising team, and raised and granted funds to projects benefitting vulnerable children on five continents.

Prior to that, Elizabeth was a managing director at Human Rights Watch, where she oversaw international teams of fundraisers and led the development of partnerships with foundations and trusts, more than quintupling revenue to the organization.

Elizabeth previously worked in Serbia with members of parliament on security-sector reform, and in India where she directed a service-learning program for American students.

Elizabeth earned a bachelor’s degree in art history from Wesleyan University and a certificate in international affairs from New York University. She lives with her husband and son in New York City.