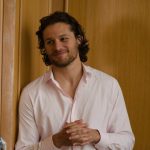 Daniel Levine-Spound is CIVIC’s Peacekeeping Researcher covering the Democratic Republic of the Congo and South Sudan. Daniel is based in Goma and leads CIVIC’s research on the United Nations Organization Stabilization Mission in the Democratic Republic of the Congo (MONUSCO) and the United Nations Mission in South Sudan (UNMISS). Over the past year, Daniel’s research has focused primarily on MONUSCO’s implementation of the Human Rights Due Diligence Policy (HRDDP) as well as MONUSCO’s response to protection threats across eastern DRC. Daniel is currently conducting research on early warning and rapid response.

Prior to joining CIVIC, Daniel attended Harvard Law School, where his work centered on international humanitarian law and the protection of human rights in the context of armed conflict and counterterrorism operations. As a law student, Daniel spent three semesters in the Harvard International Human Rights Clinic and co-authored a book on the criminalization of homosexuality in Tunisia. Before law school, Daniel spent two years in Tunis, where he worked for the Cairo Institute for Human Rights Studies and published articles as a freelance writer on Tunisia’s democratic transition and the protection of individual rights. In addition to his Juris Doctorate (cum laude), Daniel holds a Bachelor of Arts Degree (Honors) in Comparative Literature from Brown University.