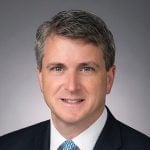 Ambassador Daniel Feldman is a Senior Of Counsel at the law firm Covington & Burling LLP, where he is a member of the “Global Problem Solving” initiative, collaborating with lawyers, former diplomats, and national security experts to address complex issues at the nexus of law and international policy.  He has had a career both in the private sector, including as a partner at the law firms Akin Gump LLP and Foley Hoag LLP, as well as at senior levels of government in the national security arena.  Most recently, he served as the U.S. Special Representative for Afghanistan and Pakistan (SRAP), with the personal rank of Ambassador, where he actively shaped the Obama Administration’s policies for the region, serving as a key diplomatic strategist for policy formulation and implementation.  Feldman was awarded the two highest State Department honors, the Distinguished Service Award by Secretary Kerry in 2015, and the Distinguished Honor Award by Secretary Clinton in 2013.  His prior government positions include serving as Director of Multilateral and Humanitarian Affairs at the National Security Council in the Clinton administration, and as Counsel and Communications Adviser to the US Senate Homeland Security and Governmental Affairs Committee.

Ambassador Feldman is affiliated with a number of foreign policy organizations, including serving as a Trustee of The Asia Foundation, an Advisory Board Member of National Security Action, and a non-resident Senior Fellow with the Center for American Progress.  He is a life member of the Council on Foreign Relations and appears frequently in print and broadcast media, commenting on national security issues.  He has been appointed a White House Fellow and a Henry Luce Scholar, and was a law clerk on the US Court of Appeals for the 9th Circuit and on the South African Supreme (Constitutional) Court.