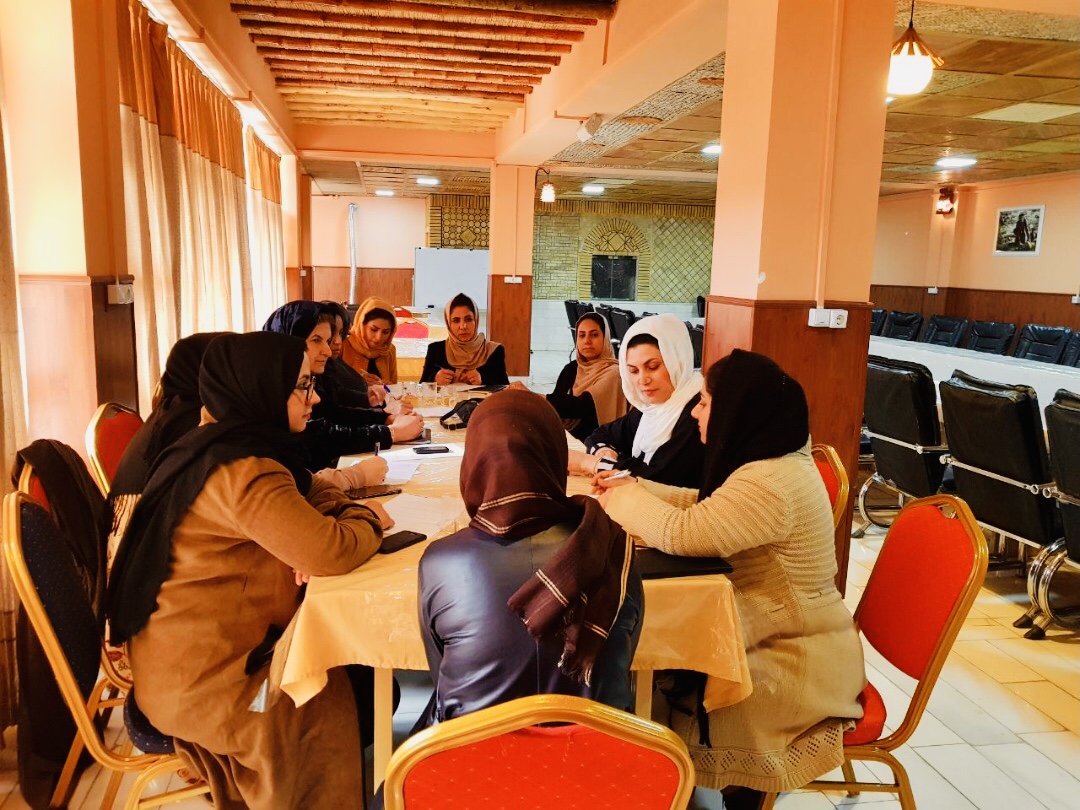 When establishing Community Protection Groups (CPGs) in conflict zones, CIVIC regularly emphasizes the importance of including women as members of the group to raise and address issues that specifically affect women.

Massuda, a women’s rights activist and CPG member, lives in an area of Afghanistan which is largely controlled by the Taliban. She is also the Deputy Chief of the District Women Council, a space where women can come together to discuss challenges they face, such as domestic violence, right to property, access to education, and conflict-related protection concerns. The Council has additionally been responsible for gathering funds for small income projects and vocational trainings for women and helped roughly 1,300 women to establish small businesses and sell their products in the local market.

Recently, the Taliban made the decision to ban the District Women Council and warned them to stop conducting all gatherings and meetings. Knowing the importance of this space for women in her community, Massuda was devastated when the Taliban claiming they were “against Islamic Law”.

Massuda raised the issue with her CPG and asked for assistance in connecting with the Taliban. The group helped to mobilize respected elders and elite Islamic scholars, who were then able to make these connections. “It was not easy to meet with the Taliban,” said Massuda. “I had to go through several intermediaries to convince them for the meeting.”

Accompanied by community elders to ensure her safety, Massuda personally met with the local Taliban commander and, after a long and heated meeting, convinced him that the workings of the District Women Council are in alignment with Islamic law and that women should be able to go to other women to discuss family- or women-related problems. Shortly thereafter, the Women Council resumed its important work.