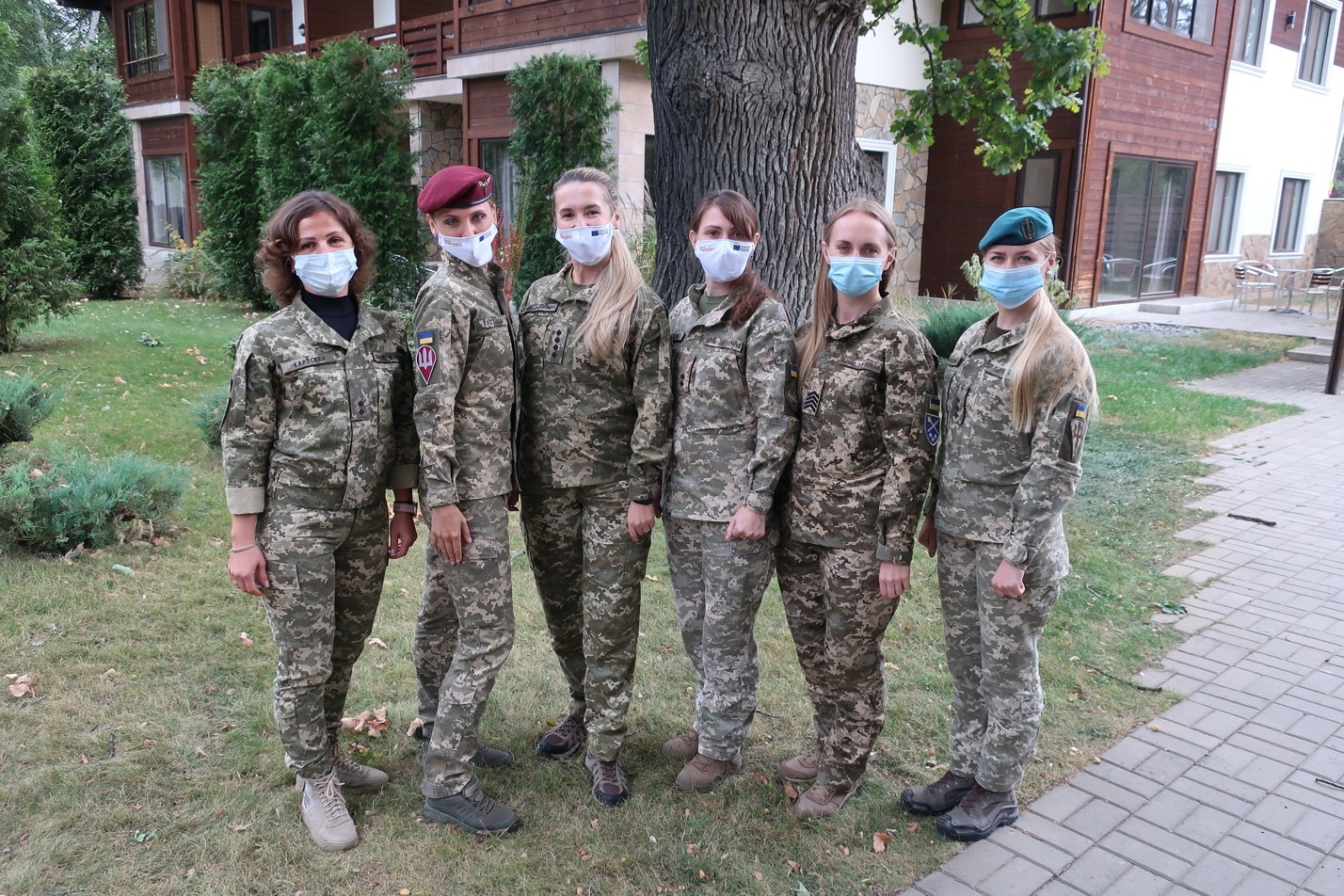 For the past six years, armed conflict in Eastern Ukraine has significantly impacted the livelihoods and well-being of civilians who reside along the line of contact. In the early stages of fighting, the Armed Forces of Ukraine (AFU) created the Civil-Military Cooperation Directorate (CIMIC), aimed at supporting and assisting civilians and developing measures for increased civilian protection during the conflict. Civilians living in communities along the contact line shared with CIVIC several stories of successful cooperation between CIMIC and civilians that show that female CIMIC officers tend to be very efficient in building trust and initiating constructive and long-term dialogue with civilian populations. In this post, we analyze the successes of several female officers and highlight key factors that might attribute to their unique roles within the larger units.

Iryna is a CIMIC officer who joined the AFU in 2004. In June 2019, the military was searching for accommodations to settle in. They found a house and started negotiations with the owner, but were not successful; the local resident did not want to sign the rental agreement and several attempts were made by male officers to build dialogue to no avail. Iryna was then brought in by her commander to try to negotiate with the owner. “I came to the owner’s house without a weapon. I said ‘Hello’ and smiled. He was so surprised to see a woman in military uniform. The dialogue went well and as a result of our talk he agreed to help us and we signed the rental agreement.” Iryna explained that the man had deep psychological trauma resulting from the armed conflict and was afraid of weapons, which soldiers brought every time they came to negotiate with him.

Iryna also often works with children who live in settlements along the contact line. “When you are a mom already it is easy to find connection with the kids. They are always so happy when we help them with toys, books and sweets. And I get an extreme happiness every time.”

These days Iryna serves as a brigade CIMIC officer and says that nothing can make her leave the AFU, her colleagues, and the civilians with whom she communicates daily. “I am in the right place now. I feel I can help both, the civilians in the JFO [Joint Forces Operation] area and my colleagues. I know that I am needed here.” She believes that her gender sometimes helps her to build more fruitful dialogues with civilians: “Simple charm and communication skills help me to find the common language with almost everyone.”

Natalia, another female CIMIC officer, joined the AFU shortly after the start of the conflict. She identifies strongly as being a civilian first, and a CIMIC officer second. Natalia believes this mindset helps her to better understand the problems faced by civilians caught in conflict.

In 2018, Natalia was checking the settlements in her area of responsibility. She discovered there was no road to one of the small villages, Novohrygorivka, which has a population of approximately 70 people. The absence of a road made it impossible for children to attend school, for elderly people to receive humanitarian assistance and medical help, and for all residents to easily communicate with the outside world. Some residents would travel to the cities through the fields that were under landmines because they saw no other way out, and in the winter and autumn months this option was near impossible due to snow and rain.

“I came to Novohrygorivka. Communicated with the local population and found out that we can build the road together with civilians. It was possible. But still I needed support of my commander. That is why before the meeting with senior officers, I had already the good solution for Novohrygorivka,” recounted Natalie. She compiled a list of all the necessary resources, negotiated with the owners of a nearby granite quarry to get the granite for free, and worked with the civilians to agree on where to build the new road.

“It took us a month to build the road. It is interesting that the local population helped a lot. Women brought us food and hot tea, men helped a lot while building. I was impressed to see how grateful local people were. People in Novohrygorivka are very friendly and hardworking.” As a result of the new road, every morning the bus comes to Novohrygorivka to take eight children to school in the nearby village, and all residents can be sure that any needed medical or humanitarian help will arrive in time.

“CIMIC officers are like acrobats. We always need to find good balance in negotiation with civilians and militaries. Not everyone knows that the first and the main task for CIMIC officer is to enforce a military operation in the area of responsibility. But the second thing is we always need to think about is the protection of lives and property of civilians,” Natalia said proudly.  “A female CIMIC officer is always an advantage because it is easier for civilians to speak out their concerns and problems to a woman. I am telling it from my experience.”

While CIMIC officers across the board can be very effective, female officers might have some advantages when compared to their male colleagues. Women in the military often utilize soft skills, such as empathy and patience, and specific backgrounds (e.g. being a mom, teacher, or psychologist), can play a positive role in their understanding of civilians’ problems and needs. Moreover, it appears, at least in Eastern Ukraine, that civilians are more willing to build dialogue with female officers. Civilians think that servicewomen look safer and can better understand their positions. “Ladies are always ladies. It is easier to explain our needs to a female soldier. They are so responsible. You can always feel that they want to understand the problems you are facing every day,” said Anna, an activist from a community located close to the line of contact.

At the same time, female CIMIC officers face certain challenges in their position. “It is easy to organize an event or a meeting with the local population at the front line, but it is difficult to cope just by myself without any help from my male colleagues. For example, I usually need help while delivering mine safety lessons. Normally, I am responsible for the lecture part, and my male colleagues conduct practical parts of these lessons. It is just difficult for me to bring all the equipment we demonstrate to the classroom by myself,” told Valentina, CIMIC officer. “To be successful, a CIMIC officer needs to gain the trust and support of his/her commander. Sometimes female CIMIC officers can’t be efficient because they simply don’t have such support,” Natalia adds. We heard from a number of female CIMIC officers that for men it’s easier to find common language and mutual understanding. It can be more challenging for a woman officer to achieve that level of trust and it takes more time and effort.

While the value of female officers in CIMIC is crystal clear, the AFU still needs more. CIMIC officers highlighted the necessity to serve in pairs, with both a male and female officer. Involving more female CIMIC officers in civil-military dialogues can increase the number of success stories and ease the daily routine of both soldiers and civilians along the contact line.

This material has been produced within the project “Building Capacity of Civilian Protection in Eastern Ukraine” with the financial assistance of the European Union. The contents of this document are the sole responsibility of Center for Civilians in Conflict (CIVIC) and can under no circumstances be regarded as reflecting the position of the European Union. 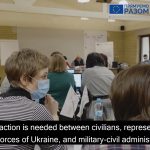