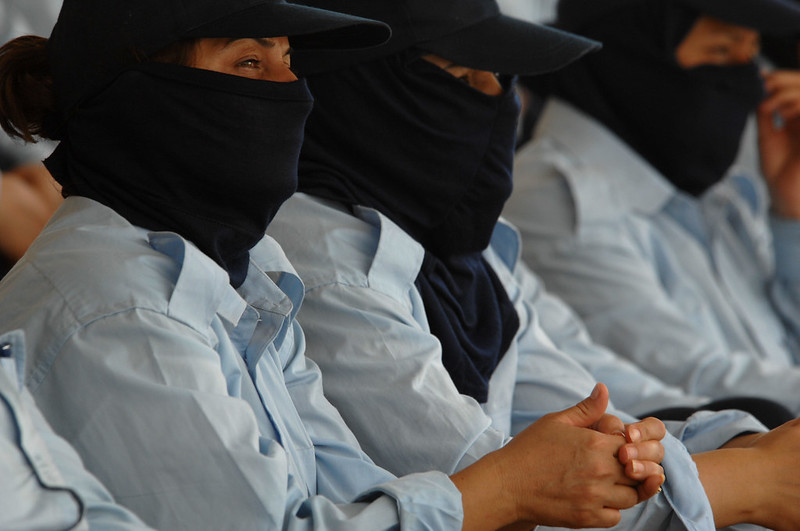 October 31, 2020 marks the 20th anniversary of United Nations Security Council Resolution 1325 on Women, Peace, and Security. This resolution was the first of its kind to acknowledge that women are uniquely impacted by armed conflict and play an important role in conflict resolution and peacebuilding. In recognition of the anniversary, CIVIC is posting a series of blogs amplifying the voices and actions of women in the conflict affected areas where we work, as well as the efforts of actors such as the UN to implement UNSCR 1325 and related resolutions.

“At the checkpoints, they [the male security forces] always stop me and my daughters for a long time. They ask me where my husband is and if I am alone. They also say that they can help me if I give them my phone number, but I know what they mean.”

The legacy of conflict in Iraq uniquely affects women in the region, who not only face general protection concerns resulting from years of fighting but are also exposed to gender-specific challenges. In addition to the struggles women in Iraq face supporting their households when their male counterparts are unable to (for example if their husbands or fathers died in combat, are imprisoned, or lost their jobs), some of the biggest problems that women experience directly result from the lack of women in Iraqi security forces.

Because traditional gender roles play a significant part in Iraqi society, women do not make up a substantial portion of Iraqi security forces. In a recent poll taken on a radio program led by the Kirkuk Community Protection Group (CPG), 59% of respondents said there was no need for women to be part of the security forces. In spite of this, many civilians see how the lack of women in the security forces is detrimental to the livelihoods of civilians, especially women who regularly interact with forces at check-points and IDP camps. Women, such as Laylan, can face harassment, extortion, and humiliation during exchanges with security forces, and can have trouble accessing compensation for harm faced by their families. These challenges can also negatively affect women’s freedom of movement, as many report being uncomfortable in situations where they would have to allow male security officials to search them.

In Kirkuk, many civilians reported feeling disrespected and harassed at checkpoints. Whether security forces are merely following protocol when they search each passenger in a vehicle, or, as some interviewees expressed, “disrespecting their women,” this practice runs afoul of the more conservative rural social norms of the region and is generating resentment within the local population. Such incidents were also reported by women from Hawija, who said that they felt intimidated by some members of Federal Police guarding the checkpoints. “Some of them are very respectful and professional, but others stared at us,” recounted a women CIVIC interviewed in 2019. Another interviewee from Hawija told CIVIC how a member of the Federal Police asked her brother for his phone number, allegedly for security reasons, just to call him later and tell him his sister was beautiful and that he wanted to marry her. Other women CIVIC spoke with shared similar episodes, to which one added, “One day a Federal Police officer told my father, ‘we will give you a woman to marry if you give us one of your daughters.’”

Some of the fear and mistrust civilians expressed towards security forces could be resolved if more women were included in the forces, especially in roles at checkpoints and working inside IDP camps. If women officers could search female civilians, it would not only demonstrate good-will and respect for cultural norms in the region, but would also ease some of the challenges and protection concerns civilians raised. However, cultural norms also play a role in preventing women from joining security forces in the first place. Many men report that they do not feel comfortable having female relatives serve in the security forces, as it would not be “culturally appropriate” for women to serve in such roles. Other barriers, such as a lack of infrastructure (including women-only dorms), also impede the progress of recruiting women. Yet, in spite of these challenges, there is some hope on the horizon.

CIVIC recently conducted a virtual meetings with 10 Peshmerga female officers, who participated in military operations in Kirkuk. The session covered the role of women in the security forces, and where they hoped to see women’s participation in the future. Participants confirmed that female Peshmerga have not yet taken part in manning checkpoints and stated that it is necessary for women to be given roles similar to those of their male colleagues. Moreover, they stated that women officers have not had the opportunity to work inside IDP camps, and the participants stated that it is necessary for them to be involved in managing the security of the IDP camps alongside men, in order to provide better security and to make women feel safer when interacting with security forces.

Additionally, as a result of the advocacy of CIVIC and community protection groups (CPGs), Kirkuk’s police commander officially requested that the Iraq’s Ministry of the Interior (MOI) urge women to apply for security positions, particularly operational positions. This represents a positive mindset change, as women have historically never been invited or encouraged to apply for any positions within the security forces, even for administrative positions, and it will hopefully help pave the way for the official inclusion of women in all divisions within the forces.

While these are only small steps towards creating gender-balanced security forces that can more adequately address the security needs of women, and there is still a long way to go before women are equally (or at least more equitably) represented in Iraqi forces, the work of CPGs and CIVIC are bringing these issues to the foreground and slowly shifting perceptions of women in the military.