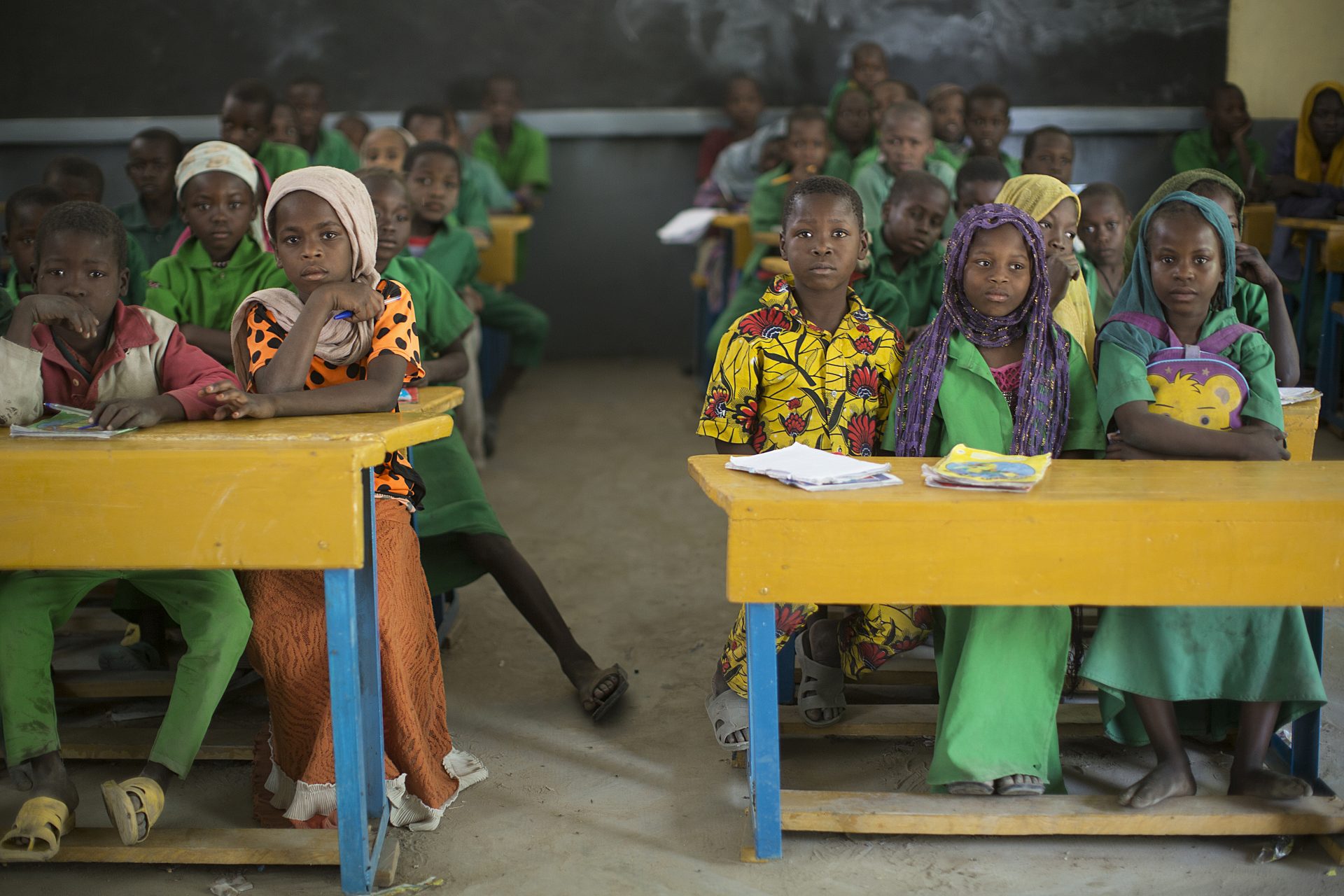 This past Wednesday, September 9th, marked the first annual United Nations’ International Day to Protect Education from Attack – highlighting the importance of protecting schools and education for children in conflict zones. When Center for Civilians in Conflict (CIVIC) talks with civilians on the ground in conflict-affected communities like Afghanistan or northeast (NE) Nigeria about their most pressing problems, it is often not the threat to their own lives or the loss of their property that keeps them up at night, but the future of their children. And as any good parent would, they place tremendous importance on education to provide their children with a decent future.

Consequently, parents in conflict zones not only fear the immediate risks faced by their children when the schools they attend become military targets, they also look at the longer-term effects on their children’s development when their education is interrupted, if not totally derailed, because of the destruction or occupation of schools by armed actors. A lack of access to education can also exacerbate other risk factors for those living in areas affected by war. Children and youth become more vulnerable to being recruited into armed groups or committing crimes, and therefore might be exposed to even more violence than they would already experience from the ongoing conflict. When heading down these paths in the absence of school, children increasingly risk getting killed, injured, abused, traumatized and/or radicalized, any eventual reintegration into society jeopardized.

In order to lessen the protection risks for children and youth linked to challenges in pursuing education during conflict, it is paramount to uphold the human right to education and implement the obligation to protect schools and other educational facilities from attack based on their civilian status under International Humanitarian Law (IHL). The protection of schools must be an integral part of military training, planning, and conduct on the battlefield, no matter how intense the fighting, no matter if the adversary respects these obligations, and no matter why the parties to the conflict took up weapons in the first place. The United Nation’s first International Day to Protect Education from Attack is a timely reminder to do so. It recalls that the conduct of hostilities, and all associated military necessities, need to constantly be balanced against the humanitarian imperatives, such as not letting schools and other educational facilities become military launchpads and thereby also targets for armed actors.

In order to help armed actors on the ground navigate through the different and often ambiguous situations where schools become part of their military calculations, the 2015 Safe School Declaration (SDD) offers more specific guidance. While IHL’s principle of distinction is very clear in theory about the obligation to distinguish between civilian and military objects, e.g. schools and military bases, operationalizing this protection principle on the ground is not as easy as it sounds, and the SDD can help bridge the gap between the law and its translation into practice. It outlines specific protection measures and reflexes for armed actors to apply that are clear and practically integrable into the often foggy realities of the battlefield, e.g. when the legal status of schools is in doubt or in transition because of its misuse by other belligerents. While neither legally binding nor treaty law, the Safe School Declaration is grounded in IHL and human rights provisions, and has been endorsed by a growing number of relevant states, such as Afghanistan, the Democratic Republic of the Congo, France, Germany, Iraq, Mali, Niger, Nigeria, South Sudan, Ukraine, the United Kingdom, and Yemen.

But while rigorous application of the SDD is still often lacking, there is also evidence for cautious optimism. When CIVIC staff directly works with armed actors, or when we work together with communities to help them advocate to armed actors on their own behalf for better protection, including with armed opposition groups, we have seen real willingness on the part of armed actors to engage on the issue of schools and the need to do more to ensure they do not become military targets, so that children (including their own) can continue pursuing an education in spite of the ongoing conflict. Whether it is state armed actors in Borno state (NE Nigeria) reopening schools in conflict zones as a result of the advocacy by CIVIC-supported local community protection groups, or state and non-state armed groups in Afghanistan opening schools in contested areas so that education is no longer interrupted, better protection of schools from attack is not an elusive goal.   At the end of the day, and bearing in mind the increasingly protracted nature of armed conflicts today, it is the younger generations that will be in charge to deal with and ultimately end the conflicts they grew up with. By ensuring they are able to obtain a maximum of education, the chances for resolving conflicts and ending perpetual cycles of violence all but increase. If this is not a worthwhile protection investment, what is?