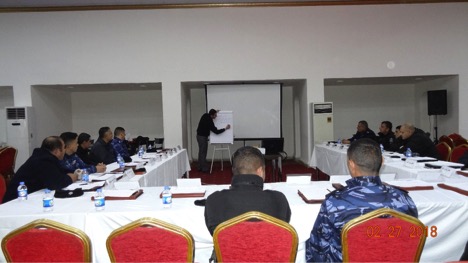 A mere 24 hours passed between the start of our workshop on the protection of civilians and the life-or-death application of its lessons. Because of the participants’ choices, the incident unfolded with time to spare civilian lives, even as a suicide bomber was determined to take his own.

CIVIC began providing workshops for the Nineveh Police in February 2018. Almost one year later, the 199 commanders and officers who participated in our interactive and scenario-based program shared tangible examples of how a protection of civilians mindset has changed – and improved – their operations.

Such a mindset is critically important throughout the force responsible for patrolling Mosul city and for operations against people suspected of belonging to the Islamic State (also known as ISIS or Daesh). As a key player in the stabilization of Mosul city post-ISIS, the Nineveh Police impact the lives of the city’s approximately 2 million residents on a daily basis.

Understanding that civilians deserve protection is infinitely easier than determining what that protection looks like in practice. Our workshops account for the fact that decisions in the field are often made under intense and chaotic circumstances. Earlier this year, for example, several participants in one of our workshops faced a suicide bomber in Mosul one night after the workshop began. When the workshop resumed, a police officer whose unit had been deployed to the checkpoint instead of Iraqi army units, recounted:

“[S}omeone who appeared to be a young man approached our checkpoint. We asked him several times to stop but he did not respond and continued walking towards us.

“Before attending CIVIC’s workshop, and in similar situations, we wouldn’t hesitate to use lethal force to kill him because he appeared to be carrying explosives to target our checkpoint.

“Yesterday, I asked myself, ‘What if he were innocent?’ Although it is hard to know his intentions under such circumstances, even if he were a terrorist, he might be a valuable source of information. At the same time, I bore in mind that any delay in neutralizing the danger might pose a threat to my group.”

In that moment, he thought back to the CIVIC workshop on the need to protect civilians. Based on the training, he and his unit took concrete steps to ensure harm to civilians was minimized.

“We were located in a residential area and we prevented civilians from crossing the checkpoint to return home,” the officer recalled.

Before the explosives unit arrived, the young man abruptly got up and headed toward the officers, who ultimately shot and killed him.

“What has happened underscores the importance of what we have learned [about the protection of civilians], including the need to avoid pre-judgment and exercise patience and distinguish between civilians and militants.”

Our workshops do not provide tactical guidance to security forces regarding the use of force. Rather, our workshops equip attendees to see their mission with a protection mindset, understand their obligations under international humanitarian law, and account for civilian lives in their day-to-day operations. We are encouraged that, as this account exemplifies, CIVIC workshops can contribute to Nineveh Police officers increasingly recognizing the importance of protecting civilians. Through engaging and thought-provoking sessions, our workshops help security forces learn the strategies that should be implemented to mitigate harm effectively and professionally.

We are encouraged by the receptivity of the Nineveh Police to these strategies. In the months ahead, in addition to ongoing trainings of security forces in Mosul, we will expand workshops to promote the protection of civilians to other vulnerable areas of the country. 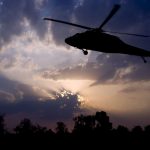 Ali Al-Assaf is the Country Director of the Iraq Program at Center for Civilians in Conflict (CIVIC).