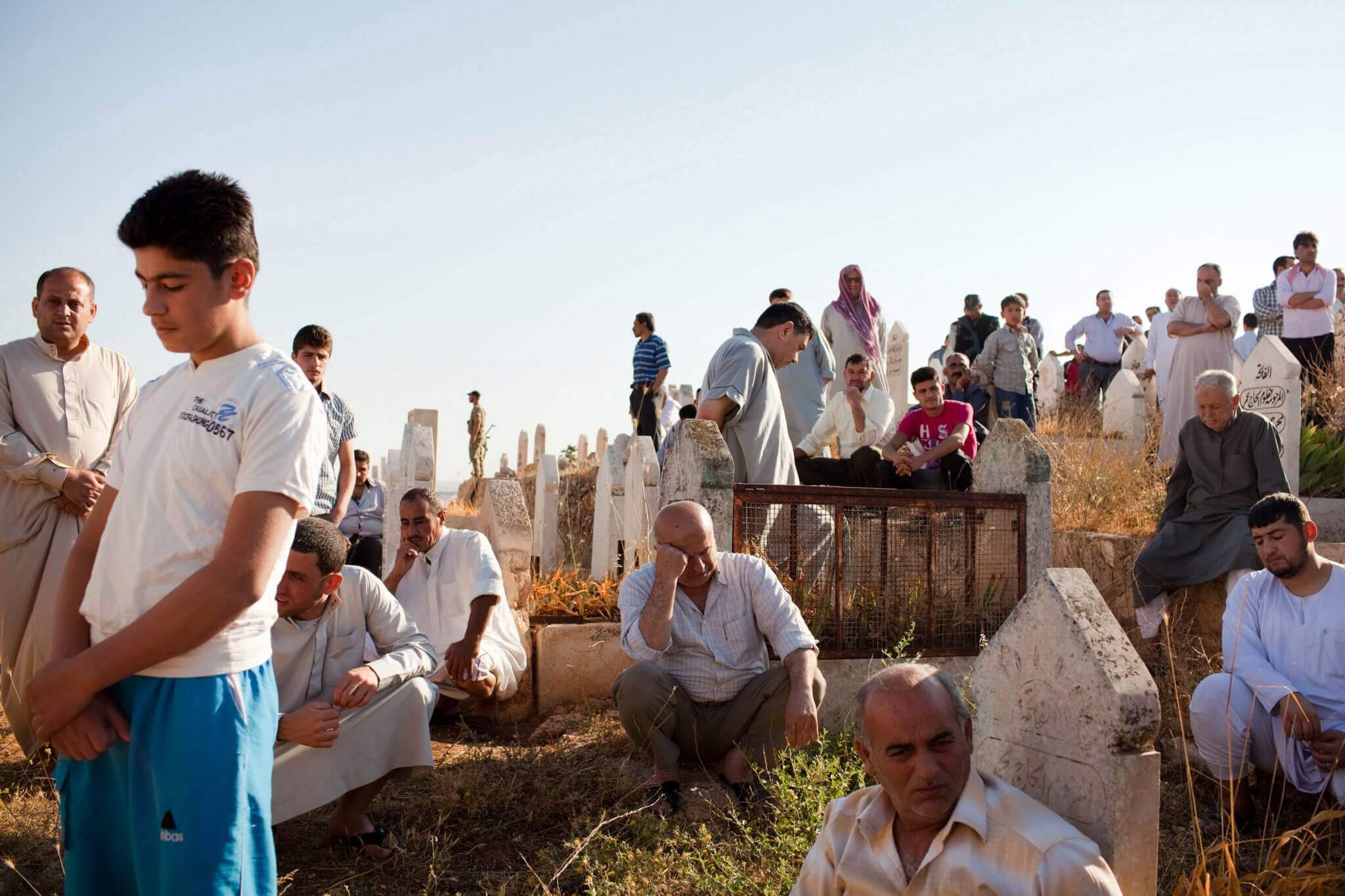 Syria: UN High Commissioner for Human Rights, Zeid Ra’ad Al Hussein, warned on Thursday that civilians in Raqqa “are paying an unacceptable price” and that the battle “is being waged at the cost of their lives,” citing the extremely high number of reports of civilian casualties this month and the intensity of airstrikes on Raqqa. He said that forces fighting the Islamic State “are losing sight of the ultimate goal of this battle” – to protect and assist civilians who have been suffering under the Islamic State – and reiterated the call for a pause in the fighting in Raqqa to facilitate the escape of civilians. The UN warned that indiscriminate airstrikes and ground-based strikes in Raqqa have resulted in a significant number of civilian casualties; the OHCHR verified at least 151 civilians killed in six incidents since August 1, though noted that it is difficult to get a full picture of the civilian toll. The UN Special Advisor on the Prevention of Genocide, Adama Dieng, also expressed concern over the “horrendous situation” faced by the 20,000 civilians estimated to be trapped in Raqqa. The Islamic State is holding civilians as human shields and killing those who attempt to flee, while Coalition forces bombard the city and target boats on the Euphrates River – one of the main escape routes for civilians. Dieng stressed that the “legitimate aim of retaking Raqqa must not be achieved at such a high cost to civilians” and warned that as the offensive enters its final stages, the fighting is likely to intensify, thus putting civilians at even greater risk.

Airwars currently estimates that 1,700 or more civilians have been killed in Coalition air and artillery strikes in Raqqa governorate since March and that least 860 civilians, including 150 children, have been killed since the Raqqa offensive began on June 6.

September 8: CSIS – The Non-Military Components of the United States’ Strategy in Afghanistan

In a report released last week, Amnesty International said that the Coalition’s relentless and often imprecise artillery shelling and airstrikes have killed hundreds of civilians since the start of the offensive and that the Coalition’s use of weapons with wide-area effects carries a high risk of harming civilians when used in residential areas. Donatella Rovera, senior crisis response advisor at Amnesty, told The Intercept: “We are not naïve and are not pursuing some kind of utopian vision of a zero-casualty war in the middle of an urban area. … But there is a difference between civilian casualties occurring when every measure is being taken to avoid them and civilian casualties occurring as a result of reckless or disproportionate attacks.”

Iraq: Prime Minister Haider al-Abadi announced on Thursday that Tal Afar has been “fully liberated” from the Islamic State, though fighting continued in nearby al-Ayadiya. The UNHCR warned that the protection environment for civilians in Tal Afar is still precarious due to the presence of explosive devices and IS holdouts, destruction of critical infrastructure, fear of armed groups, and risks of revenge attacks for those whose family members are suspected of being associated with the Islamic State. Civilians in Tal Afar said they faced months of starvation and brutal treatment under Islamic State rule. Those who fled faced up to a three-day journey on foot in the blistering heat without food or clean water, often walking past bodies lying in the open along their route. The UN estimates that 42,000 civilians have fled Tal Afar since April, including 20,000 between August 14 and 22; the current number of civilians remaining in Tal Afar is thought to be low.

Coalition commander, Lt. Gen. Stephen Townsend, warned that the “stunningly swift and decisive” victory in Tal Afar does not necessarily mean that retaking the Islamic State’s remaining territory will be easy. Iraqi officials have said that Hawija will be the next target, dropping millions of leaflets over the city on Thursday warning civilians it was preparing an offensive to retake the city from the Islamic State. The UNHCR said airstrikes have been reported in the area and that civilians continue to flee.

The Coalition estimates that 685 civilians have been killed in its strikes since the start of Operation Inherent Resolve, though Airwars puts that figure much higher – at more than 5,200 civilians, with a higher rate of reports in recent months. The Coalition has attributed the rise in allegations of civilian casualties to the fighting in densely-populated urban areas, including Mosul and Raqqa, but human rights organizations argue that it’s the result of either relaxed rules of engagement or greater tolerance for civilian casualties. Director of Airwars, Chris Woods, said that higher rates of civilian casualties were anticipated during the Mosul and Raqqa offensives, but “the actual numbers we are seeing are far higher than expected.”

Congressional recess lasts from July 31 to Sept. 4; Congress will reconvene on Tuesday, Sept. 5.

Afghanistan: On August 21, a U.S. airstrike in Nangarhar’s Achin district killed six IS-K members. A U.S. airstrike reported on August 23 killed four Taliban fighters, including the group’s shadow administrative chief for Chak district in Maidan Wardak province. A U.S. drone strike in Kandahar province on August 24 killed forty-two fighters. On August 26, possible U.S. strikes killed at least thirteen Taliban insurgents in Helmand province. A possible U.S. strike on August 26 killed two key fighters in Kunar province; it is unclear to which group the militants belonged, as both IS-K and the Taliban are present in the province. An airstrike in Herat’s Shindad district on August 28 killed thirteen civilians and sixteen Taliban fighters, according to Gaelany Farhad, a spokesman for the province’s governor; however, several residents contacted by The New York Times said that all of the victims were civilians and that the Taliban had left the area hours before the strike. The Afghan defense ministry has launched an investigation into the allegations of civilian casualties. U.S. drone strikes on August 28 in Nangarhar’s Achin district killed fourteen IS-K fighters. U.S. Forces-Afghanistan has launched an investigation into allegations of civilian casualties resulting from a U.S. strike in Pul e ‘Alam District in Logar Province on August 30. Logar Governor Halim Fedaee said eleven civilians were killed and sixteen wounded when a U.S. helicopter attacked a house sheltering Taliban fighters; one resident said that at least twenty-eight civilians were killed in the strike; the Taliban reported that U.S. strikes twenty killed civilians.

Afghanistan: Defense Secretary James Mattis confirmed that the U.S. is sending more troops to Afghanistan. Earlier in the week, the Defense Department said that there are approximately 11,000 troops currently there, rather the 8,400 previously disclosed.

Nigeria: The Pentagon notified Congress on Wednesday of the $593 million sale of twelve Super Tucano A-29 planes and weapons to Nigeria.

Pakistan: The Trump administration is giving $255 million in military assistance to Pakistan – though the aid will be put into an escrow account that Pakistan may only access if it does more to crack down on militant groups threatening Afghanistan.

Foreign Policy: South Sudan is “a land that is no country for civilians.” Since 2013, tens, possibly hundreds, of thousands of civilians have been killed across the country; around one-third of the population have fled their homes, including over one million in the last year alone. Across much of South Sudan, there are no civilians left to protect; it is now “a land of soldiers.”

Just Security: The Trump administration’s approach to special operations forces – the loosening of the oversight framework, greater delegation of authorities to Defense, and placing so many generals in positions typically filled by civilians – is an unstable one. 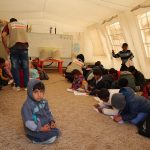