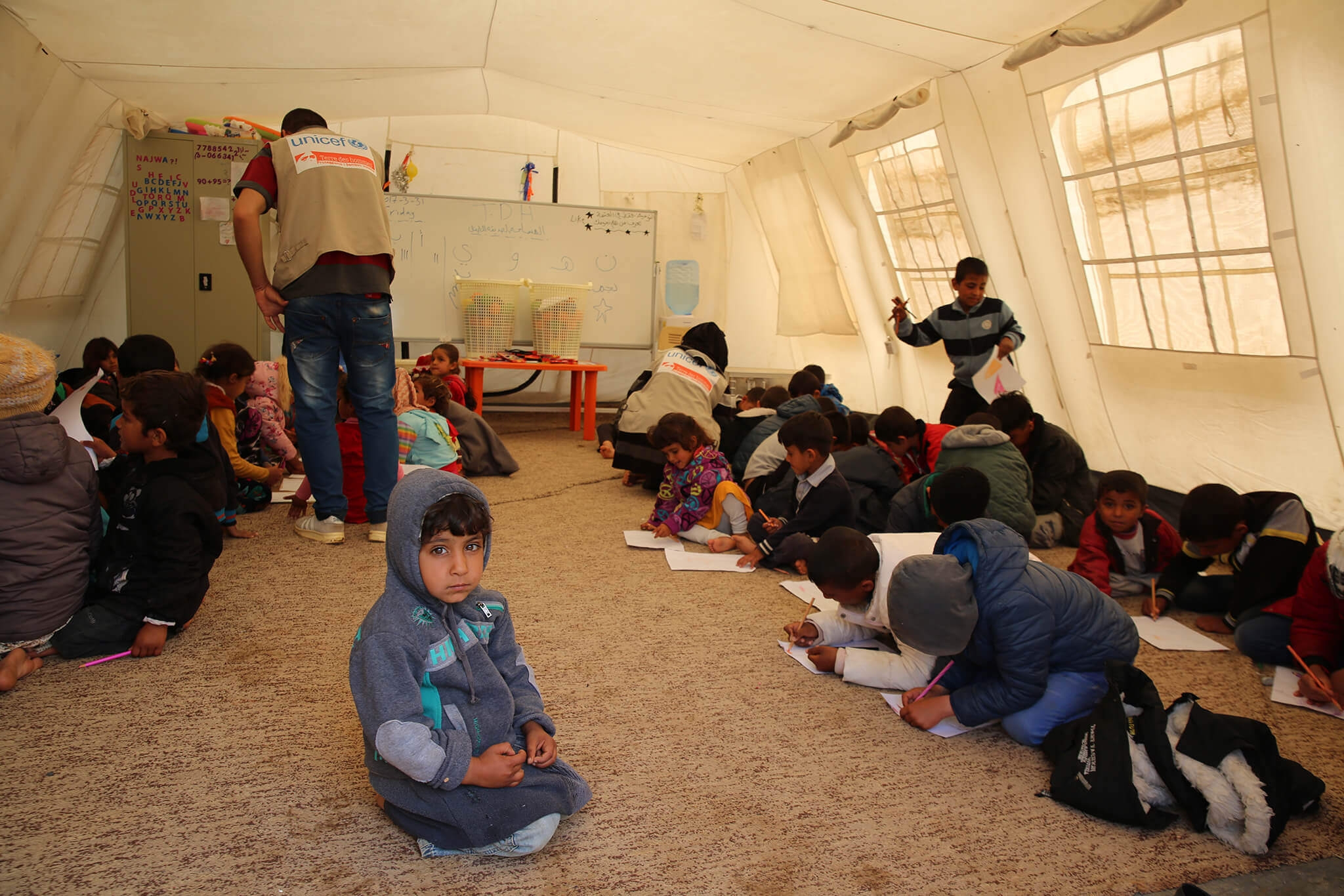 Syria: The UN Commission of Inquiry for Syria said it is “gravely concerned” with the fate of the 20,000 civilians remaining in Raqqa and that the Raqqa offensive has led to the displacement of 190,000 people. In its latest report, the Commission said that investigations are ongoing into allegations that Coalition airstrikes are causing alarmingly high numbers of civilian casualties. Last week, UN High Commissioner for Human Rights, Zeid Ra’ad Al Hussein, warned that the battle for Raqqa is being waged at the cost of civilians’ lives the Islamic State “are losing sight of the ultimate goal of this battle” – to protect and assist civilians who have been suffering under the Islamic State. The Syrian Observatory for Human Rights reported that Coalition airstrikes killed twenty-one civilians in just two days this week, including eight members of one family.

The Commission also said that the unilateral U.S. attack on a mosque in al-Jinah violated international humanitarian law, as “U.S. forces failed to take all feasible precautions to protect civilians and civilian objects.”

The Syrian Observatory for Human Rights has documented 978 civilian deaths from Coalition airstrikes since the Raqqa offensive began on June 6; during the same time, 118 civilians have been killed attempting to leave Islamic State-controlled territory. The Syrian Network for Human Rights reported that 285 civilians were killed by the Coalition during the month of August – more than any other party in Syria.

Iraq: Prime Minister al-Abadi announced the liberation of Tal Afar last week, though conditions in the city are still dire due to the presence of explosive devices, destruction of critical infrastructure, fear of armed groups, and risks of revenge attacks for those whose family members are suspected of being associated with the Islamic State. Those who have fled Tal Afar said there are critical shortages of food and water in the city, and people lack the basic necessities to live. The UNHCR estimates that 43,000 civilians have fled Tal Afar since April, including 20,000 between August 14 and 22.

Constant waves of airstrikes obliterated ISIS to the extent they were unable to mount a coherent defence pic.twitter.com/y3S5a0sokp

September 11: CSIS – U.S.-Ukraine Relations in the Context of Euro-Atlantic Security

September 12: CFR – The State of Security in Africa

September 14: USIP – When Civilian Assistance and the Military Cross Paths

September 15: CSIS – Implications for Haiti with the Departure of UN Peacekeeping

NDAA Debate Resumes in the Senate: Following the increased tension with North Korea during the August recess, the Senate is expected to accelerate debate on the National Defense Authorization Act in September, with the potential to have far-reaching effects on the United States’ military posture in 2018 and beyond. However, several issues–new and old–are expected to present obstacles to the bill’s smooth passage. Congress must first address the upcoming Hurricane Irma along with the aftermath of Hurricane Harvey, and will be scrambling to replenish FEMA funding following a last-minute extension of the debt ceiling on Wednesday. Following that debate, Senators Collins (R-ME) and Gillibrand (D-NY) are planning to respond to President Trump’s ban on transgender troops with an amendment to the bill, raising the potential for further politicization. Senator Paul (R-KY) is expected to continue his efforts to reform Authorization for the Use of Military Force, and has stated that he will not vote to proceed on NDAA until a vote is held on his amendment to sunset the 2001 and 2002 AUMFs in six months.

Senators Support Trump Decision to Increase Afghanistan Troop Presence: Despite campaign promises for a complete military withdrawal from Afghanistan, President Trump authorized an increase of 3,500 deployed troops to the country on Wednesday under the advisement of Defense Secretary Mattis. The move has drawn support from Republican lawmakers like Senator Jerry Moran (R-KS), who has expressed enthusiasm for increased troop presence in Afghanistan following a trip to the country earlier this month. An effective campaign against the Taliban could go a long way in the effort to stem civilian casualties in the region, as anti-government groups are responsible for a major share of civilian deaths in the conflict. However, United States airstrikes are responsible for an increasing number of civilian casualties in the first half of 2017, and adding more troops to the fray runs a risk of increasing the damage wrought.

DOD Backs McCain Base Closure Proposal: The Department of Defense has recently announced its decision to support the Senate Armed Services Committee leadership’s push for a new round of Base Realignment and Closure (BRAC). In the announcement, Lucian Niemeyer–Assistant Secretary of Defense for Energy, Installations and the Environment–stated, “For us, it’s not just a matter finding efficiencies; it’s a matter of improving military value and effectiveness and lethality of our forces. That’s why we continue to push hard and we support the Senate’s attempt to try to get a BRAC authorization started in 2019 [through] the [NDAA].” The amendment, introduced by committee chairman McCain (R-AZ) and ranking member Reed (D-RI), would reverse current NDAA language prohibiting any new round of BRAC and would fast-track it for 2019. New signs of life for base closures are expected to receive praise from the White House, as the Trump administration announced its strong opposition to the prohibition on BRAC in the original House bill released in July.

Afghanistan: The Bureau of Investigative Journalism reported that the U.S. carried out 387 strikes in Afghanistan during the month of August; 310 were carried out in support of Afghanistan strategic goals; 60 were conducted under force protection rules; and 17 were conducted under counter-terrorism authorities. A possible U.S. drone strike on September 2 killed a Taliban commander in Parwan province; however, the provincial governor denied that the strike took place. On September 4, the governor of Kabul’s Qarabagh district, reported that “foreign forces” carried out a strike on a wedding ceremony, believing they were under attack by guests who fired into the air in celebration; the BIJ noted that the U.S. is the only foreign military known to be launching strikes in Afghanistan. Between two and twenty individuals were reportedly killed. On September 5, a U.S. drone strike in Khost province killed at least six Taliban fighters. A drone strike in Khost province on killed at least six Taliban fighters

The U.S. is investigating two separate operations that allegedly killed at least 22 civilians during one week. A joint U.S.-Somali raid on August 25 killed ten civilians, including three children; U.S. airstrikes in Logar province on August 30 killed at least 13 civilians and injured 12. The allegations come as the U.S. increases operations in both countries, and analysts fear that as strikes and raids increase, so will civilian casualties.

Afghanistan: The U.S. will send an additional 3,500 troops to Afghanistan, bringing the total number of U.S. forces in Afghanistan to 14,500.

Albania: The U.S. has provided Albania with six out of 268 Humvees as part of a $12 million aid package to support transport and maintenance.

Egypt: Approximately 200 U.S. troops will participate in the Bright Star military exercise with Egyptian military forces September 10 – 20. The exercise will focus on regional security and cooperation.

South Sudan: The U.S. has sanctioned three South Sudanese leaders who have profited from the country’s “climate of corruption.” The Treasury Department said the sanctions were in response role of officials in undermining stability and peace amid the deteriorating humanitarian situation.

Turkey: A measure approved by the Senate Appropriations committee would block the U.S. from supporting the sale of weapons to security forces protecting Turkish President Recep Tayyip Erdogan. In May, bodyguards for Erdogan attacked peaceful protesters outside the ambassador’s residence during a visit to Washington.

Just Security: The humanitarian crisis in South Sudan is worsening, as key positions at the State Department concerning African policy have yet to be filled and the Trump administration lacks a strategic focus on African policy.

United Nations Development Programme: A new report by the UNDP presents the results of a two-year Africa study focused on the incentives and drivers of violent extremism. The study found that poverty, marginalization, and perceived government violence or abuse of power is driving young Africans to violent extremism. The UNDP estimated that 33,300 people were killed in extremist attacks in Africa between 2011 and 2016. 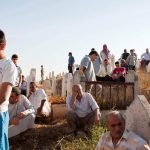