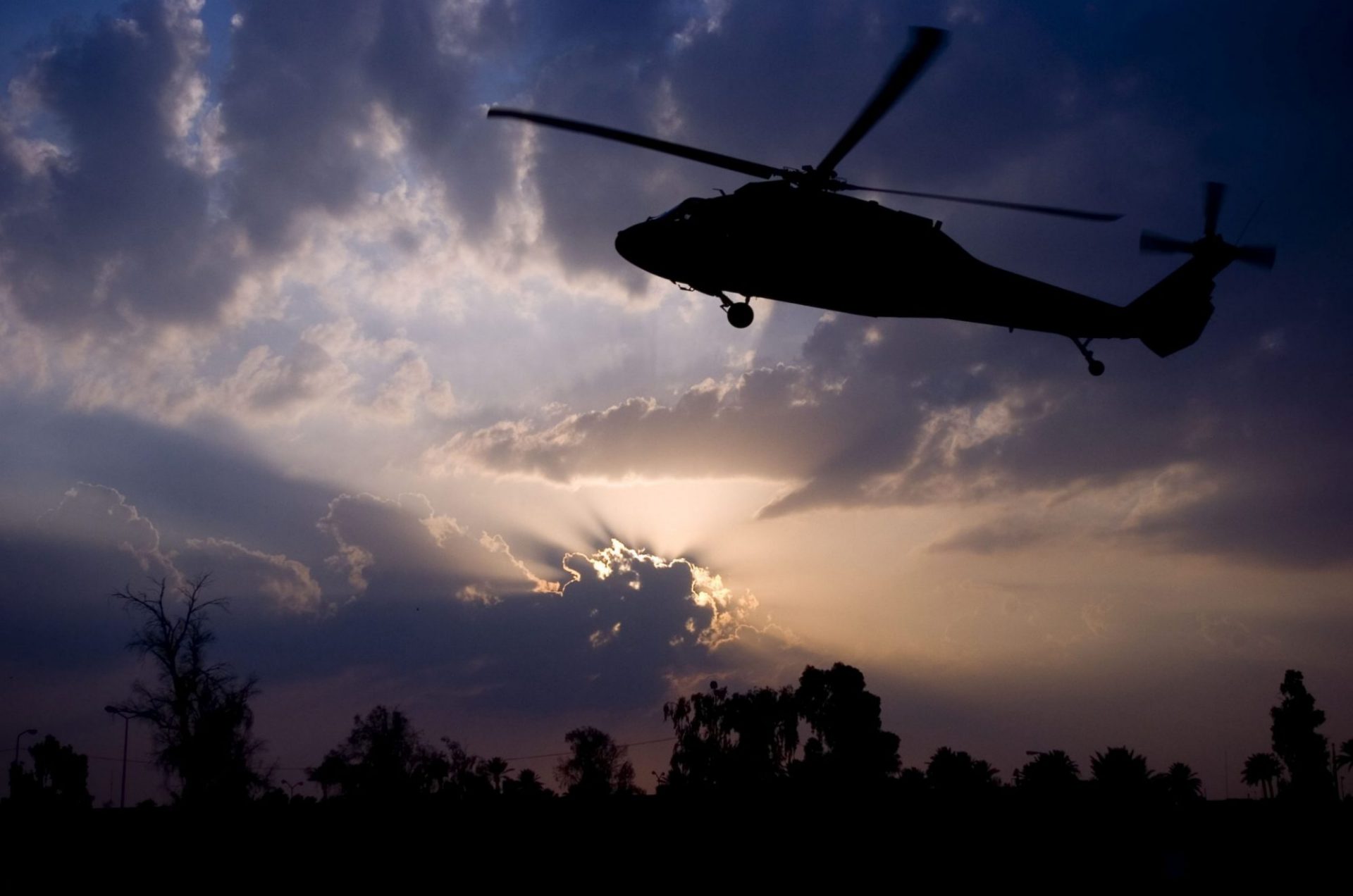 Airwars documented at least 343 civilians killed in Coalition airstrikes across Iraq and Syria in its Civilian Casualty Claims report for the month of September. In Syria, Airwars documented at least 321 civilians killed in Coalition airstrikes – a 31 percent decrease in the minimum number of civilian deaths from August, but still the third deadliest month for civilians in Syria since the start of Coalition airstrikes. More than 240 civilians were killed by the Coalition in Raqqa – a dramatic decrease from the month of August, though still significant given the low number of civilians reported to remain in the city. Airwars estimates that between 22 and 34 civilians were killed in Iraq during the month of September. The report notes that while civilian death tolls in the hundreds have become the norm in recent months, this was not the case earlier in the campaign.

Syria: Though the SDF declared victory in Raqqa on Tuesday, it continued to clear remaining pockets of fighting until Friday, when the official capture of Raqqa was announced. The SDF has handed over administration of the city to the Raqqa Civil Council and a U.S.-trained police force tasked with governance and security.

There are presently 240,151 troops deployed around the world…do they all enhance the well-being of Americans?

After more than four months of ground fighting and airstrikes, the UN estimates that 80 percent of Raqqa is uninhabitable. The city’s infrastructure has been destroyed; there is no water, electricity, or health service facilities in the city; and the SDF warned that the presence of mines and explosives laid by the Islamic State have made it too dangerous for civilians to return. More than 20,000 munitions were fired by the Coalition at Raqqa, leaving much of the city unrecognizable. In August the Coalition’s air campaign was so intense that one munition was fired at Raqqa every eight minutes – a total of 5,775 bombs, shells, and missiles; in September, the Coalition fired 4,750 munitions even as the Islamic State’s territory inside the city was dwindling. The destruction of Raqqa and other cities in Syria and Iraq during the fight against the Islamic State has raised questions over the cost of victory. Bassam Mroue and Zeina Karam write at the AP that protracted military campaigns across Iraq and Syria have left behind “a trail of destruction so vast that they appeared to have been undertaken with little regard for the day after.”

Iraq: Operations in western Anbar are ongoing. Iraqi forces have thus far recaptured Ana, Rayhanah, and Akashat and are planning for operations to retake Rawa and al-Qaim. The UN estimates that as many as 75,000 people remain in Islamic State-controlled areas of Anbar and that more than 54,000 people have fled western Anbar since January, particularly from Ana, al-Qaim, and Rawa. The UNHCR expects an additional 50,000 people to be displaced from Rawa and al-Qaim as a result of forthcoming military operations.

Defense Strategy Tensions between White House and Congress: Senate Armed Services Committee Chairman John McCain (R-AZ) continued his criticism of the Trump administration’s handling of defense issues this week, threatening that it “might require a subpoena” to get “the information in a timely fashion that we need.” This criticism comes after Senator McCain threatened to block all Pentagon nominees until coherent strategic plans were given to the Armed Services Committee by the White House, something which has not yet happened. McCain was particularly disturbed this week after the White House announced that it had retaken Raqqa, saying that “Raqqa just fell. Who’s going to take over? The Iranians are there, the Shiites. The whole situation is in chaos, as we predicted.” For a president who has campaigned on expanding overseas operations, it is deeply troubling that the details of counterterrorism operations that directly threaten the lives of civilians are not being subjected to Congressional oversight. The Syrian Observatory for Human Rights estimates that the battle to retake Raqqa took the lives of 1,172 civilians in total; civilian oversight through Congress is crucial to ensuring accountability during crises like these as the conflicts in Iraq, Syria, and Afghanistan advance.

Senate Bows to Defense Budget Caps for 2018: In an effort to push forward on tax cuts, the Senate voted 51-49 on Thursday in favor of a budget deal for 2018 that abides by caps for defense spending at $549 billion. This budget appropriates $54 billion less than President Trump’s request, and $86 billion less than was called for in the Senate version of the National Defense Authorization Act. Senate Armed Services Chairman John McCain (R-AZ) reacted negatively to cuts, saying that “whenever there is cuts in defense spending, the first thing that goes is the easy ones, the training, the readiness, the spare parts, the flying hours. Cutting a major weapons system or program is extremely difficult.” The House must now choose between going to conference committee or accepting the Senate’s version of the budget, which underspends their $621 billion defense spending plan by $72 billion. Politico reports that the Senate may plan to return to the Republican strategy of massive defense budget increases by passing an amendment to increase spending to $640 billion. Such increases would fall in line with the Trump administration’s plan to increase military engagement abroad in Afghanistan and in the fight against ISIL.

Afghanistan: A possible U.S. airstrike on October 16 killed at least fifteen Taliban militants in Kandahar’s Maroof district. On October 16, U.S. counterterrorism strikes killed as many as twenty-six fighters; a U.S. spokesperson said the strikes were carried out during operations in Jaji Maidan district of Paktia province along the Pakistan border, though Pakistani intelligence sources said the strikes occurred in the Mukbal area in the Kurram tribal region of Pakistan. On October 17, two possible U.S. drone strikes reportedly hit the Afghan-Pakistan border, though it is again unclear on which side of the border they fell; the strikes killed at least eleven fighters. On October 19, a possible U.S. airstrike released two missiles that targeted an alleged militant hideout in Paktia province close to the border with Pakistan, killing four suspected fighters. A U.S. spokesperson said that U.S. forces conducted an airstrike during a counterterrorism operation on October 19 in Kandahar’s Maiwand district, when Taliban fighters stormed an Afghan military base and killed at least forty-three Afghan troops. On October 20, a suspected U.S. drone strike released six missiles killing an alleged twelve fighters in Paktia province along the Afghanistan-Pakistan border.

Somalia: On October 16, U.S. forces conducted an airstrike near the town of Bariire in the Lower Shabelle region; a spokesperson for U.S. Africa Command said it is still assessing the results.

Afghanistan: A report by the Special Inspector General for Afghanistan Reconstruction found that at least 152 Afghans sent to the United States for military training since 2005 have gone absent without leave. The report found that the relatively high AWOL rate among Afghan trainees has undermined the combat readiness of Afghan military and police units and morale of fellow trainees and home units.

Thomas Gibbons-Neff, Eric Schmitt, and Adam Goldman report at The New York Times that the CIA is expanding its covert operations in Afghanistan. The new effort is led by the CIA’s paramilitary division and will include small units called counterterrorism pursuit teams to work alongside Afghan forces to combat Taliban militants across the country. This reflects the CIA’s assertive role under Director Mike Pompeo, who has already made efforts to broaden the CIA’s drone program in Afghanistan.

Greece: The Trump administration notified Congress this week of a potential $2.4 billion sale to Greece to update its F-16 aircraft. The State Department approved the sale on October 16.

India: India has made an official request to purchase two Intelligence, Surveillance, Target Acquisition, and Reconnaissance (ISTAR) aircraft worth $1 billion via the Foreign Military Sales program. The aircraft will be supplied by Raytheon.

Kuwait: The State Department approved the possible to Kuwait of Abrams Tanks worth an estimated $29 million via the Foreign Military Sales program. The sale will include 218 M1A1 Abrams tank hulls and 218 AGT-1500 engines.

Lawfare: Hayley Evans provides an overview of the U.K. Ministry of Defense’s “Unmanned Aircraft Systems: Joint Doctrine Publication 0-30.2.” JDP 0-30.2 was intended to increase transparency surrounding the legal frameworks guiding the U.K.’s use of UAS, as well as address U.K. policy on the use of UAS outside of areas of active conflict, yet Evans argues that it only briefly mentions the use of UAS outside of active conflict and does so using language that may admit the U.K.’s targeting of suspected terrorists outside of active conflict. JDP 0-30.2 also addresses the use of lethal autonomous weapons systems, drawing a distinction between “automation” and “autonomy.” Evans notes the U.K.’s commitment not to use lethal autonomous weapons, but argues that “the U.K. defines autonomous weapons systems and LAWS in such a futuristic way that it is difficult to discern the position on other, less sophisticated LAWS that are actually on the cusp of development.” 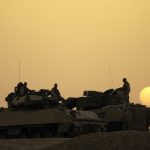 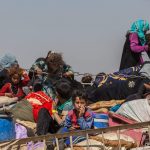