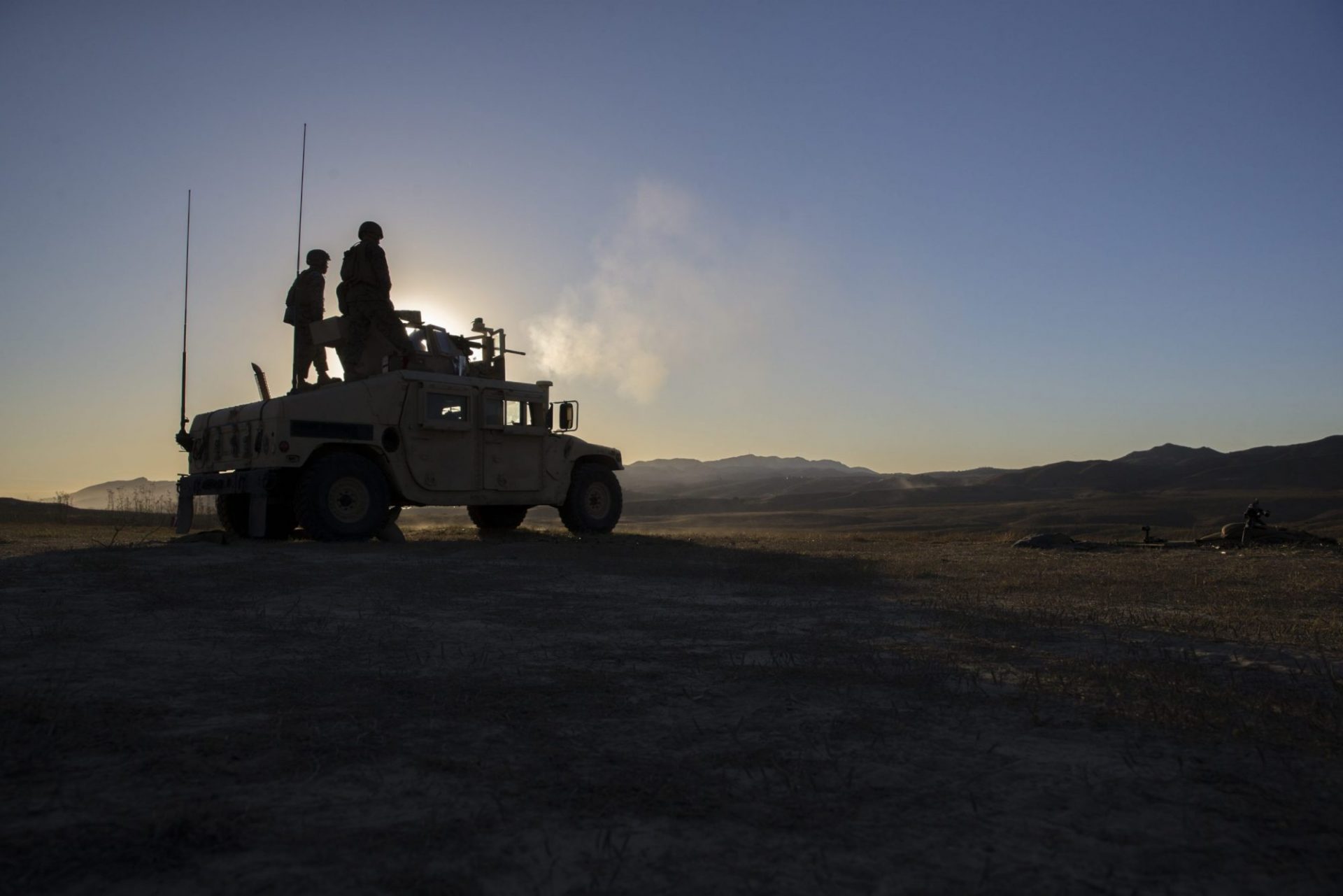 Iraq: On Friday, Prime Minister al-Abadi announced the recapture of al Qaim, leaving only the town of Rawa and a few pockets of territory in western Anbar under Islamic State control in Iraq. The International Organization for Migration estimates that 65,000 people have fled western Anbar since January, including more than 19,000 since September 20.

Human Rights Watch reported this week that Iraqi security officials have prevented Anbar residents from returning to retaken areas due to their suspected ties to the Islamic State. Sara Leah Whitson, Middle East director at HRW, said that “while Iraqi forces do confront serious concerns, just being a family member of someone linked to ISIS or having lived under ISIS is not enough to represent a real threat.” Iraqi authorities from the Anbar Provincial Council have also forcibly returned residents to areas retaken by Iraqi forces, even when families fear that the areas are still insecure or that their homes were destroyed in the fighting. Several IDPs interviewed by HRW said that they had relatives who joined the Islamic State and did not feel safe returning.

Syria: The fall of al Qaim in Iraq leaves Abu Kamal, on the Syrian side of the border, as the last urban area under Islamic State control, in addition to a string of villages in Hassakeh and Deir Ezzor provinces. Coalition spokesman Col. Ryan Dillon said that between 2,500 and 3,000 Islamic State fighters remain concentrated around Abu Kamal.

The SDF declared the official capture of Raqqa on October 20, yet thousands of booby traps, IEDs, and unexploded munitions in the city are indefinitely preventing residents from returning. Aid groups estimate that more than 200,000 residents of Raqqa fled since efforts to retake the city began.

MOST RECENT OIR CIVCAS REPORT (October 26): In the month of September, CJTF-OIR carried more than 344 open reports of possible civilian casualties from previous months and received 302 new reports resulting from Coalition strikes (artillery or air) in support of partner force operations to defeat ISIS in Iraq and Syria. During this period, the Coalition completed the assessment of 127 reports: 105 were assessed to be non-credible, six were assessed to be duplicates of previous reports, and 16 were assessed to be credible, resulting in 51 unintentional civilian deaths. To date, based on information available, CJTF-OIR assesses at least 786 civilians have been unintentionally killed by Coalition strikes since the start of Operation Inherent Resolve. A total of 519 reports are still open and being assessed at the end of the month.

Monday's #mustread: @danmahanty on the consequences of the US military loosening the rules to kill. https://t.co/B85D6q2UEd pic.twitter.com/qOu8dYLqKw

October 30: CSIS – A Work in Progress: A Conversation on Women and Girls in Afghanistan

October 30: CSIS – Iraqi Public Opinion on the Rise, Fall, and Future of ISIS

November 1: CSIS – The Joint Force of the Group of Five for the Sahel: An African-led Response to Insecurity in the Sahel

November 7: Atlantic Council – The Civilian Elements of the New U.S. Strategy in Afghanistan

Defense Industry Nominees Unwelcome for DOD Positions: President Trump has been open in his intent to strengthen the domestic defense manufacturing base to create jobs, and recently announced plans to relax foreign military sales requirements to drive defense sector growth. Many in Congress are concerned, however, about the ongoing integration of key defense industry figures into Trump’s Defense Department. Senate Armed Services Committee Chairman John McCain (R-AZ) announced on Thursday that he would no longer consider candidates from the defense manufacturing sector for DOD positions. The Senator said of his decision, “I would be remiss if I did not reiterate my concerns about the number of nominees from defense industry filling out the leadership ranks at the Department of Defense. I want to be clear that my reservations grew out of early consultations I had with the Administration about potential nominations… It was then that I decided I couldn’t support further nominees with that background, beyond those we had already discussed.” This comes as welcome news to human rights advocates, who are concerned that an emphasis on promoting the sales of military articles could come at the cost of human rights and the well-being of civilians abroad.

Following Mattis Testimony, Pessimism About AUMF Reform: In his testimony before the Senate Armed Services Committee on Thursday, Defense Secretary Mattis submitted the administration’s stance on potential Congressional actions to modify the President’s authorization to use military force abroad. The administration would welcome a new authorization to continue the fight against the Islamic State of Iraq and the Levant, Mattis testified, but any such authorization should not be constrained by geography or time. He reiterated, however, the administration’s stance that “the 2001 and 2002 authorizations to use military force remain a sound basis for ongoing U.S. military operations against a mutating threat.”

Congressional calls for AUMF reform have been increasing in volume since it was revealed that U.S. troops had been stationed in Niger without members of Congress being informed. However, key Congressional figures like Senator Bob Corker (R-TN) still believe that the kind of bipartisanship necessary for such a reform effort does not yet exist. “We must also be mindful that moving an AUMF without significant bipartisan support could send the wrong message to our allies and our adversaries that we are not united and committed to victory,” said Corker. “So far, Congress has been unable to bridge the gap.” Despite doubts, calls for reform are growing, particularly in the minority party; Senate Minority Leader Chuck Schumer (D-NY) recently announced his support for a reexamination of the 2001 AUMF following the incident in Niger.

U.S. airstrikes on November 4 in the Chardara district of Kunduz province killed scores of civilians, according to residents and local officials. Several residents said that the U.S. conducted strikes overnight and that the next morning, Taliban fighters forced civilians to help them retrieve the bodies of their fighters from the rubble, at which point U.S. airstrikes resumed. The New York Times reported that at least thirteen civilians were killed in the U.S. strikes. An Afghan aid worker told the Guardian that at least forty civilians were killed, though a provincial council member estimated that fifty-five had been killed, including women and children. The Guardian reported that Afghan security forces prevented access to the sites in Essa Khil, Qatl-e Aam, and Uzeb Bazaar, thus hindering assessment of the civilian toll. A spokesman for the Afghan forces said that the strikes killed at least twenty-five Taliban soldiers, though denied any civilians had been killed.

Somalia: The U.S. carried out two airstrikes against Islamic State militants in Somalia on Friday – the first time the U.S. has targeted the Islamic State in the country. A statement by AFRICOM said that “several terrorists were killed.”

Replacing the PPG: At Just Security, Rita Siemion writes that the ongoing debates over the legal framework of U.S. lethal operations, as well as the broader conversation about the purpose and scope of U.S. military operations, are necessary but require transparency to function. Though President Trump reportedly signed off on a new policy for lethal force, there has been no official announcement and no policy has been released to the public. Siemion calls on Congress to press the administration to release the changes it has made to lethal force policy and to ensure greater transparency and accountability in the future.

Niger: Nigerien Defense Minister Kalla Mountari asked the United States to use armed drones “as needed” against terrorist groups operating on the Mali border, while Prime Minister Brigi Rafini said that Niger is open to allowing U.S. drones to operate in the country. This comes as NBC reported last week that the Trump administration is pushing forward with a plan to allow lethal strikes against terrorists in Niger.

Daphne Eviatar writes at The Hill that U.S. operations in west Africa must comply with international law. In October, Secretary of Defense Mattis reportedly told Senators Lindsey Graham and John McCain that the military is expanding the use of lethal force against suspected terrorists in Africa. Yet, Eviatar argues that such an expanded use of force would be unlawful unless the United States is a party to an armed conflict. She writes that outside an armed conflict, U.S. operations must comply with international human rights law, which forbids the use of lethal force unless necessary to protect against an imminent threat to life. Thus, status-based targeting in Niger – allowing U.S. troops to use lethal force against a suspected terrorist even if that person does not pose an imminent threat – would be unlawful.

Lebanon: The U.S. delivered the first two of six A29B Super Tucano light attack aircraft to the Lebanese army on October 31, a sign of continued U.S. support despite Israeli accusations that Lebanon’s military is controlled by Hezbollah. The remaining four aircraft are expected to arrive before June 2018.

Qatar: The State Department approved the possible sale to Qatar of a support package for its fleet of F-15QA fighters, worth an estimated $1.1 billion. The sale will include construction, cybersecurity, and force protection infrastructure.

Buzzfeed: Though monitoring groups estimate that the U.S.-led Coalition has killed more than 5,600 civilians in Iraq and Syria, the Coalition has admitted to killing only 786 civilians. Of the 786 civilians killed, the Coalition has offered condolence payments in only two cases. U.S. officials have cited many reasons for this, including difficulty of investigating cases and “practical limitations” due to limited troop presence in Syria. Mike Giglio writes that in contrast to the previous wars in Iraq and Afghanistan, in which the United States frequently offered condolence payments, the U.S. “doesn’t face the same risks from angry locals” in Iraq and Syria today as it did when U.S. troops were an occupying force.