A new report by Airwars, entitled Death in the City, finds a close correlation between population density, coupled with the intensity of munition use, and high levels of civilian harm. The report, a product of several years of conflict monitoring in Iraq and Syria, documents similar outcomes from both Coalition and Russian interventions, despite significant differences between the two campaigns and the Coalition’s persistent claims of precision.

As many as 9,600 civilians were killed Coalition military actions in Iraq and Syria, according to Airwars’ estimates, the highest levels of civilian casualties since the Vietnam War. The report finds that “precision” in and of itself doesn’t lead to lower levels of civilian harm in urban battlefields with high rates of fire.

A lessons learned report released last week by the Special Inspector General for Afghanistan Reconstruction finds that the US government’s 17-year effort to stabilize parts of Afghanistan has mostly failed. Among the report’s key findings: the US government’s stabilization strategy and programs were not properly tailored to the Afghan context, and much of the $4.7 billion spent on such stabilization programs has largely been wasted.

The most recent SIGAR quarterly report found few signs of progress in Afghanistan, despite optimistic statements from US military officials that “the Taliban was not achieving its objectives and that momentum was shifting in favor of Afghan National Defense and Security Forces.” During the quarter, the Taliban and ISIS-K continued to carry out high-profile attacks across the country that killed hundreds, and the percentage of population and districts under Afghan government control – one of the few publicly available metrics on progress – showed little positive change.

The US and Afghan governments are not adequately investigating airstrikes in Afghanistan, which may contribute to rising civilian casualties, according to Human Rights Watch. Recent accounts from airstrike victims and witnesses have revealed major flaws in US and Afghan investigations of civilian casualties and property damage, particularly the failure to interview witnesses and obtain other evidence on site.

Since the Syrian Democratic Forces resumed offense operations to clear the final Islamic State-held territory in eastern Syria on May 1, the Coalition has carried out 132 strikes in the Iraq-Syria border region and Euphrates River Valley.

US Counterterrorism spending – including expenditures for government-wide homeland security efforts, international programs, and the wars in Afghanistan, Iraq, and Syria – totaled at least $2.8 trillion between FY 2002 and 2017, according to a new report by the Stimson Center. A related factsheet from the Security Assistance Monitor provides major trends in US counterterrorism aid, including an increased focus on Africa, more funding channeled through the Defense Department, and an increase in aid for countering violent extremism.

If you wondered how senior military officials claimed progress in Vietnam, when they *knew* they were being dishonest, we are witnessing the same behaviors re Afghanistan now. The practical definition of "dereliction of duty."

May 29: New America – Counterterrorism Strikes Under Trump: What Has Changed?

June 7: US Institute of Peace – The Long Search for Peace in Afghanistan

House Approves FY2019 NDAA Draft: House lawmakers have overwhelmingly passed their draft of the 2019 National Defense Authorization Act in which they outline a $717B spending plan for the DOD. The amendment process introduced key language to the legislation addressing such issues as AUMF, strikes against Syria and Yemen, and Boko Haram in Nigeria. Noteworthy amendments include:

This amendment requires Defense Secretary Mattis to submit a report to Congress outlining the objectives and effects of a U.S. strike against Syria on April 13th, 2018. The strike was conducted in retaliation to a chemical weapons attack against Syrian civilians by Syrian President Assad. This amendment seeks clarification on what legal authorization exists that would have justified such a strike and presses the DOD to provide information on its effects on Syrian military operations.

Report On Countries And Enemy Groups Against Which The United States Has Taken Military Action.

This amendment requires Defense Secretary Mattis to submit a report to Congress describing the countries against which the United States has taken military action under the Authorization for the Use of Military Force. This report may inform ongoing Congressional attempts to complete AUMF reform.

This amendment requires Defense Secretary Mattis to submit a report to Congress explaining the legal justification for U.S. strikes against Syria on April 6th and 13th of 2018 under domestic and international law.

Investigation To Determine If Coalition Partners Or United States Military Or Intelligence Personnel Violated Federal Law Or Department Of Defense Policy While Conducting Operations In Yemen.

This amendment instructs Defense Secretary Mattis to conduct an investigation into whether coalition partners or U.S. forces violated “federal law, the laws of armed conflict, or Department of Defense policy” while operating in Yemen. The investigation is to examine whether and how U.S. forces interrogated Yemeni citizens or participated in coalition partners’ interrogation procedures. The investigation is also to explain whether assistance has been given to units that have committed gross violations of human rights, whether any such units exist that should be made ineligible for assistance, and whether waivers have been granted to permit such assistance.

Sense Of Congress On The Lack Of Authorization For The Use Of The Armed Forces Against Iran.

This amendment asserts that any use of military force against Iran is unauthorized by Congress.

Report On Efforts To Combat Boko Haram In Nigeria And The Lake Chad Basin.

This amendment condemns violence and gross violations of human rights committed by Boko Haram in Nigeria and the Lake Chad Basin. It also instructs Defense Secretary Mattis to submit a report to Congress on efforts by the U.S. and its partners to combat Boko Haram and its affiliates and prosecute cases in which human rights violations have been committed.

Congress will be out of session until Monday, June 4th.

The US military has recently begun operating drones from a Greek airfield “to address threats emanating from the South,” likely in support of US objectives in Libya. MQ-9 Reapers were deployed to Larissa air base in eastern Greece last month “on a temporary basis as they transition to a different location,” marking the first time ISR capabilities have been deployed to the country.

A US airstrike outside of Mogadishu killed ten Shabaab fighters on May 23. US Africa Command said it has carried out fourteen airstrikes against Shabaab so far this year.

American lawmakers from both parties are raising concerns about the potential $2 billion sale of precision guided munitions and other weapons to Saudi Arabia and the United Arab Emirates. The Congressmen say that the US has not done enough to ensure that American missiles are not being used by the Saudi-led coalition to kill civilians in Yemen and are calling on the Trump administration to impose more conditions on Saudi Arabia’s use of weapons before they support the proposed arms sale.

As the State Department reviews the proposed sale, Isa Qasim writes in Just Security that while Saudi Arabia committed $750 million to implement a US-run training program to reduce civilian casualties as part of the June 2017 arms deal, civilians in Yemen have since been killed at a higher rate. Qasim raises concerns that even as a new major arms sale is under review, Saudi Arabia is unwilling or unable to reduce civilian casualties in Yemen.

Last week, a group of academics and human rights organization issued an open letter urging celebrities and business leaders to speak out against Saudi abuses in Yemen. 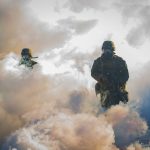 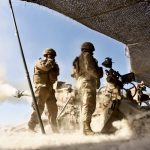